When I’m not drinking beer, one of my favourite cocktails has to be a Whisky Mac. It is quite a simple recipe really - two parts Ginger Wine, one part Bourbon and served over ice in a short glass. For some reason it always seems to remind me of Christmas as the warming glow of the ginger kicks in (or it could be the glow of the whisky!). After sampling a few of these ginger delights, it got me wondering if I could make Ginger Wine myself. Pretty certain I had seen a recipe for it somewhere before, I searched through my bookshelf and lo and behold, I came across this book by John Wright. 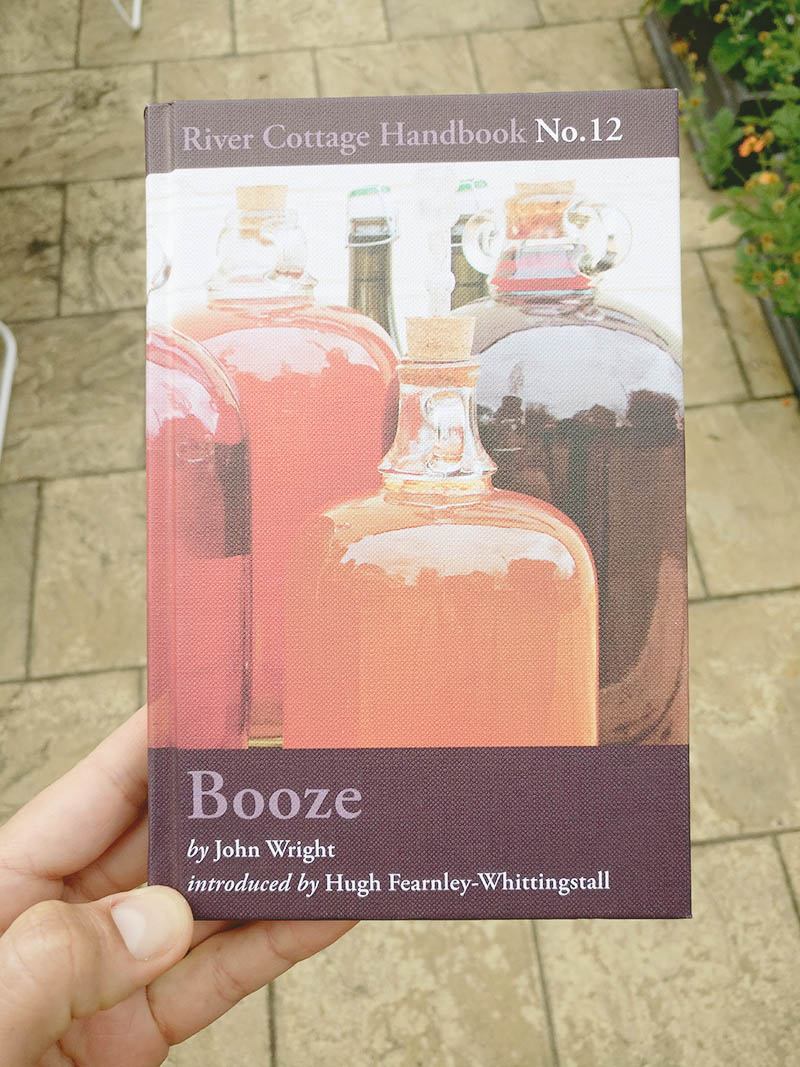 Simply entitled Booze, it is a collection of easy to follow homebrew recipes that range from beer to wine to cider. I wouldn’t exactly call it a hardcore brewing book, but it is a fun read and gets your brewing imagination thinking outside of the box.

For this recipe, I used the guidance in Booze, but slightly altered it based on my own experience. It is an easy to follow recipe that only needs a few ingredients to get started. In fact, I’d say the most important ingredient for this recipe is time - if you are looking to get the best out of this Ginger Wine, I’d leave it alone to ferment and store for at least six months to a year.

Once I had my ingredients assembled, I started by adding 4.5 litres of water to my brew pot and adding 1.5 kg of white sugar to the water. While the water in the brew pot was heating up to a boil, I grated the hard skin off of the root ginger and then chopped the pieces as roughly and as small as I could.

Once the ginger was chopped, I added it to the water and waited for it to reach a slow boil.

In order to save some time and ensure that my brewing gear was as clean as possible and free of any nasties, I sanitised a 1 gallon glass demijohn (carboy) with some Star San solution. 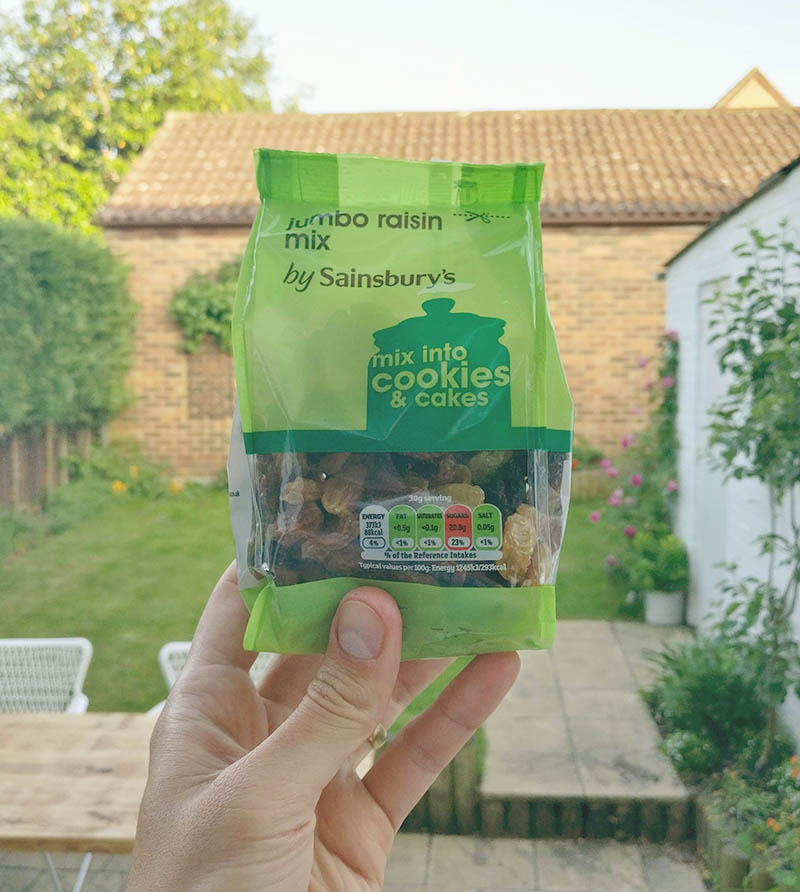 Once all of the ingredients were in the carboy (demijohn), it looked a little like the image below. 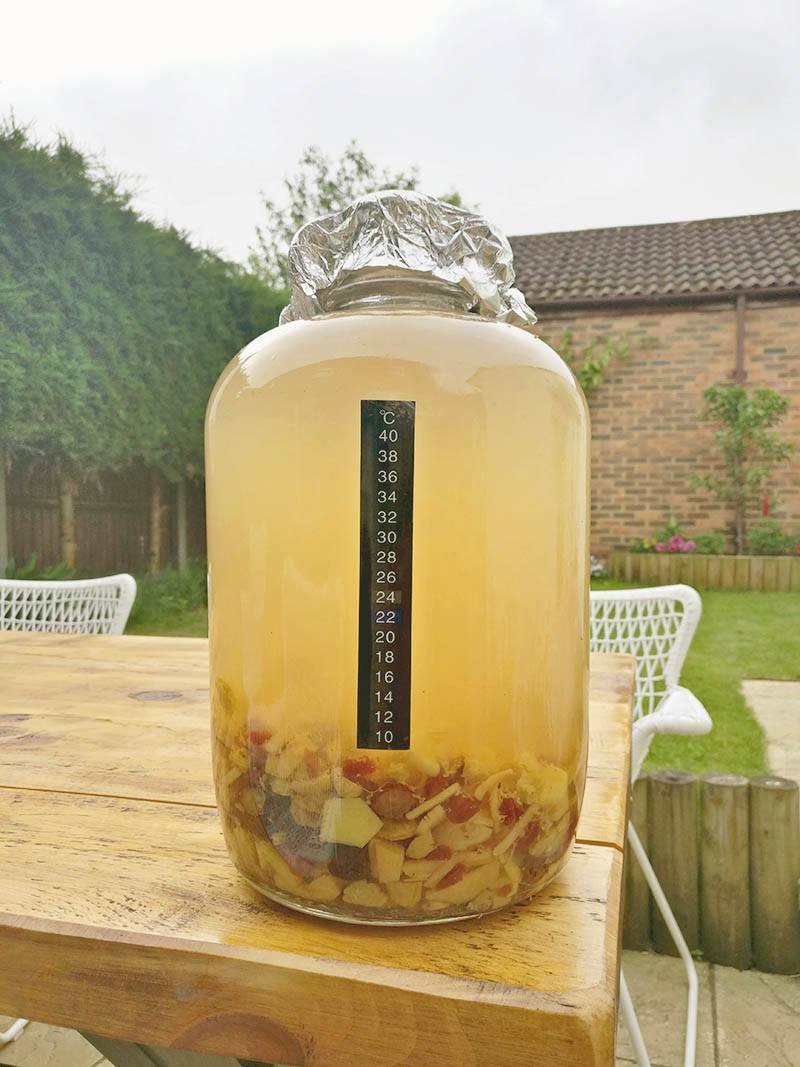 Next, I pitched a packet of white wine yeast into the glass carboy (demijohn) and fitted an airlock. 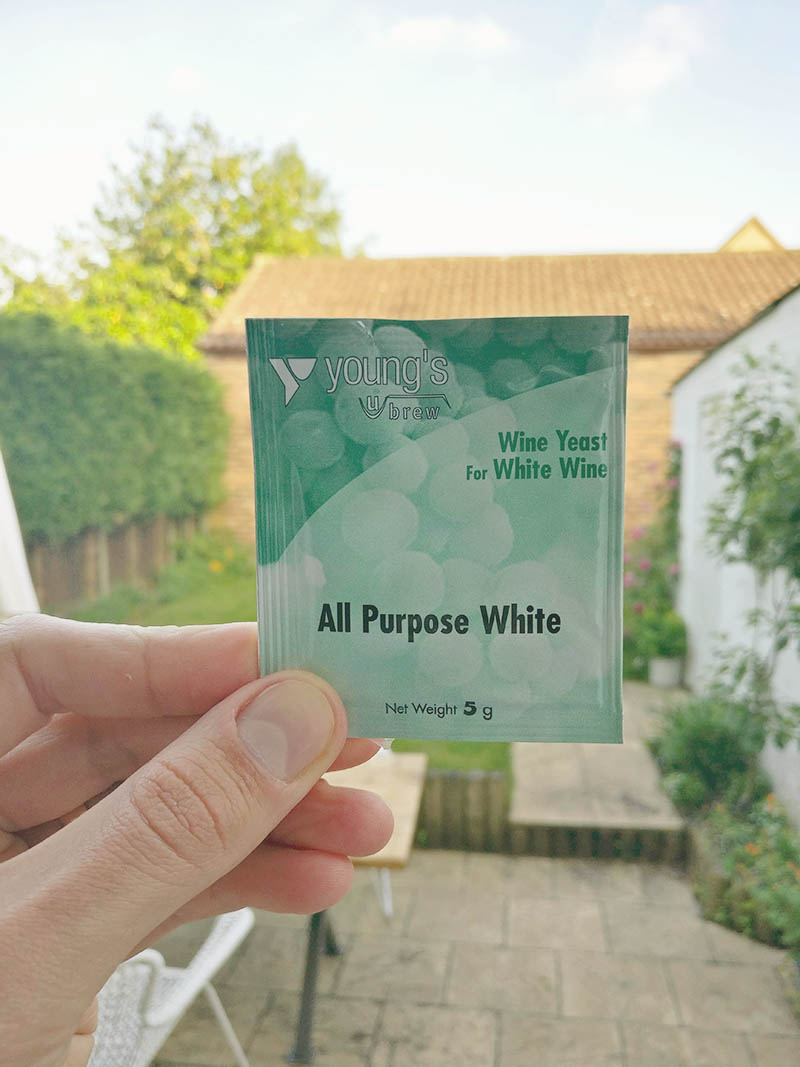 With the liquid and yeast combined, I stored it in a dark cupboard at room temperature and checked in on it every few days. I have to admit, I was very surprised by the yeast activity after just one day; it bubbled away vigorously for almost two weeks. This is much more than my normal beer would do!

I monitored fermentation activity every few days, and after about 3 weeks it seemed to slow down and settle off. Once I was happy that it had completed, I equally distributed the brandy out amongst the bottles and topped the bottles up with the Ginger Wine. 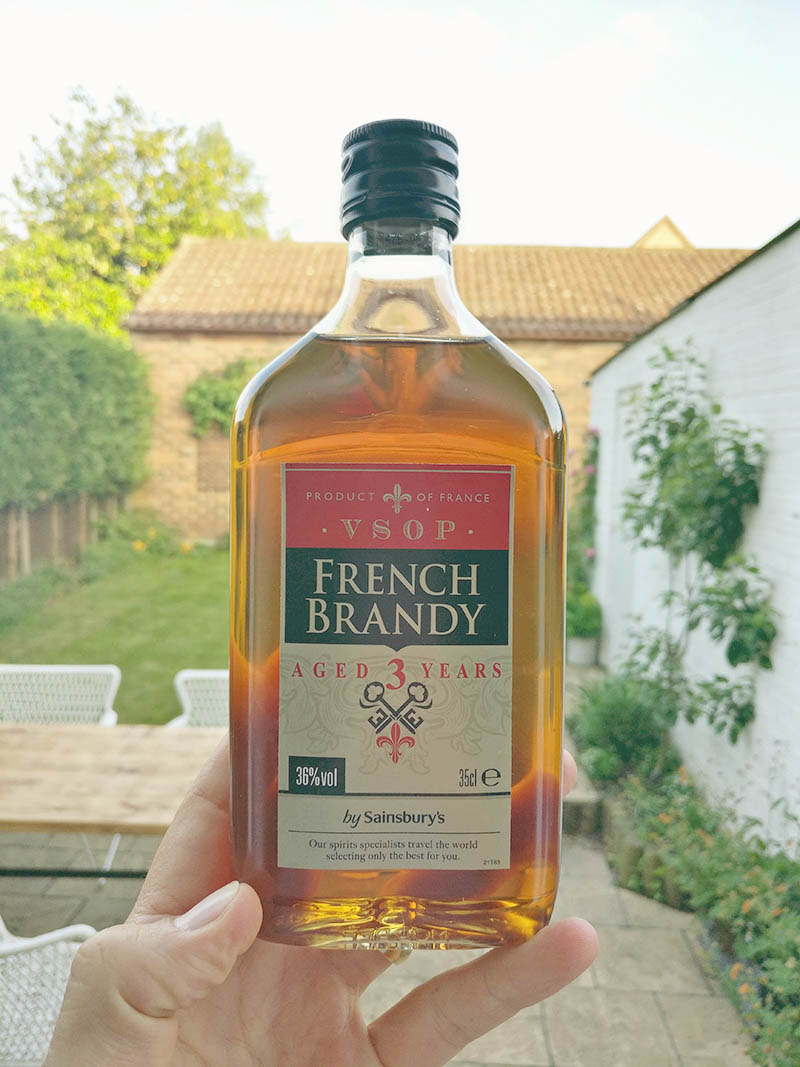 When it comes to the brandy that you add to your Ginger Wine, I wouldn't recommend using anything too fancy. I just used the cheapest brandy I could find from my local supermarket. 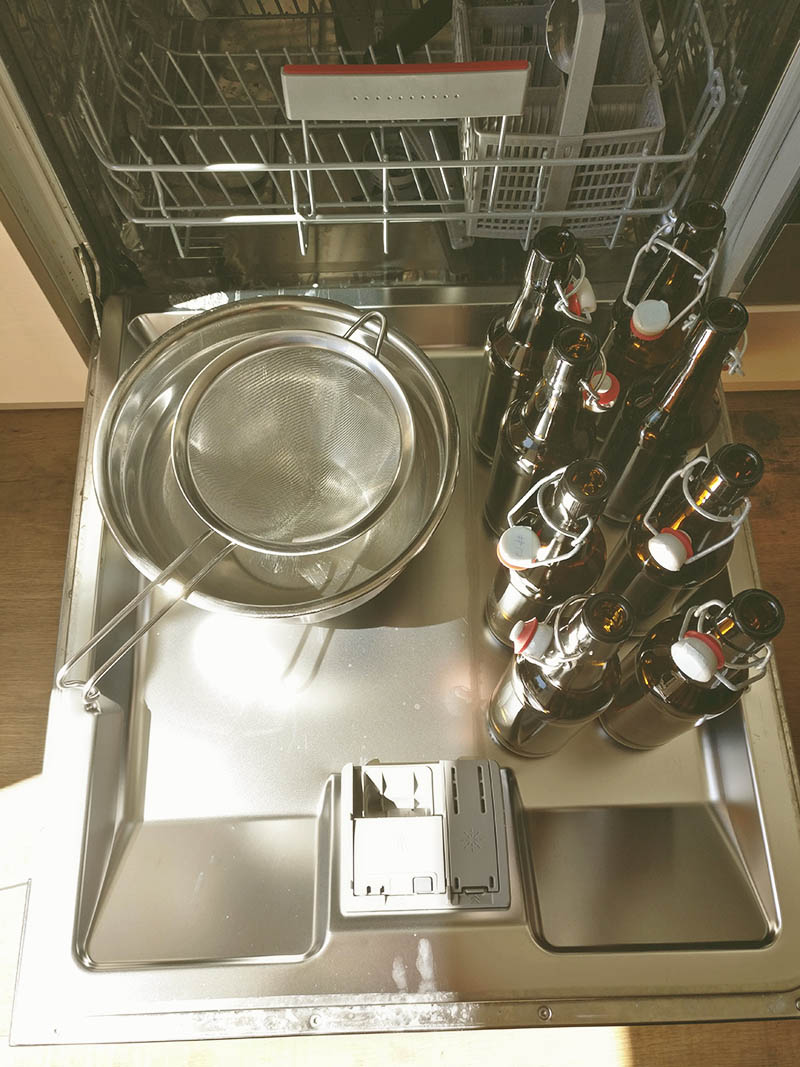 If you are ever bottling and homebrew and you have a dishwasher in the house, I highly recommend opening the drawer and siphoning from the carboy (demijohn) over the drawer. This way, if you spill anything, it falls into the dishwasher drawer and you simply close it when you are done - easy!

That's it! Once complete, I sealed up the bottles and they will be stored away for the next 6 months to a year. I'll report back on their progress then.

Off the top of my head, I can think of a few benefits that Hop Aroma Oils might offer such as consistent performance, an instant flavour impact and some pretty cool flavour and aroma combinations!…

On any given Saturday in London, a select group of breweries open…