I recently flew to Stockholm on board a Scandinavian Airlines (SAS) flight, and was happily surprised to see a decent beer on their in-flight menu. As it turns out, Mikkeller have teamed up with SAS airlines to produce a beer that has been specially made for passengers onboard all SAS flights - Mikkeller Northern Trails.

If you’ve never heard of Mikkeller before, they are brewer headed up by Mikkel Borg Bjergsø, who exports his micro brewed beer to 50 different countries. Many of the Mikkeller beers are internationally acclaimed, and Mikkel has been hailed as one of the most innovative and cutting edge brewers in the world. There is also a really cool book that Mikkeller have produced entitled Mikkeller’s Book of Beer - it is definitely worth a read.

I ordered from the menu and in typical Mikkeller style, received a beer with some pretty cool artwork by Keith Shore. 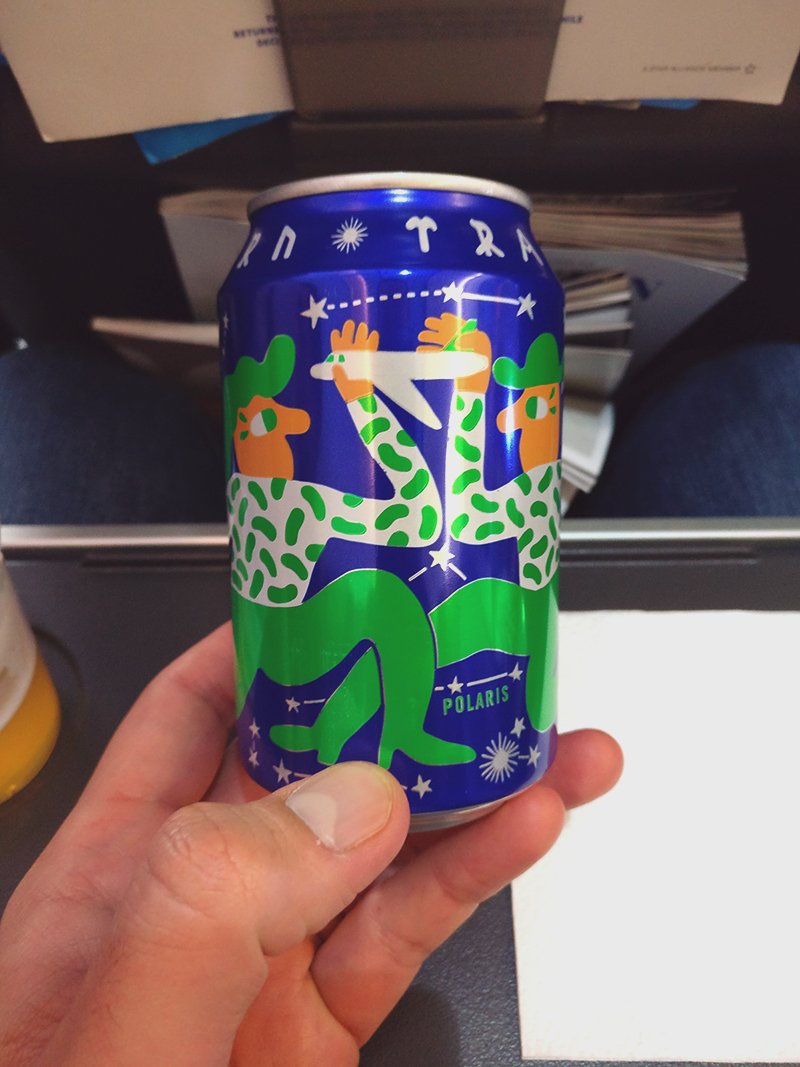 So what about the beer itself? Well, all in all it was pretty good - I wouldn’t say it was anything extraordinary, but by far one of the best beers I’ve ever tasted on a flight before!

Appearance: Golden brown with a slight haze and a decent white, foamy head.

Aroma: From my plastic airline cup, I noted a fresh, citrusy aroma with background notes of lawn and pine needles.

Taste: I could definitely taste notes of caramel and biscuits in the flavour, which was followed by a punch of citrus and pine. It was also quite bitter which I wasn’t quite expecting.

Tasting beer in the sky in a pressurised cabin with air conditioning is never going to be the perfect place to stimulate your taste buds. Naturally, I needed to test this on the return flight home too - I would say the results are the same 😊

It’s great to be able to drink decent beer on a flight, and it’s good to see that other airlines and starting to work with breweries to serve good beer to their customers. I’ve noticed that Devil’s Peak Brewery in South Africa have teamed up with FlySafair to serve their beer on flights. Long may it continue - let’s hope other airlines start doing the same!