During this past holiday season, I wanted to brew a beer that had a lower alcohol content than I normally brew, while at the same time enjoying a beer that was packed with flavour and aroma. Sometimes you just want to enjoy a few beers without getting too wasted!

When brewing a lower alcohol beer, there is always a possibility of the body being a bit thin due to the water to malt ratio. I've personally had a few commercial examples of this style that taste like hop water, but when it's done right, it can taste amazing.

I decided to brew a beer that was loosely based on the American Solera Pals recipe, except that the malt ratios have been adjusted for a low alcohol beer. I also managed to score a few samples of Cryo Hops from one of the talks at the recent Brewcon in London which I decided to use in this recipe. If you'd like to replicate this recipe, you can swap out the hop bill to suit whatever fruity American hops that are in your freezer. 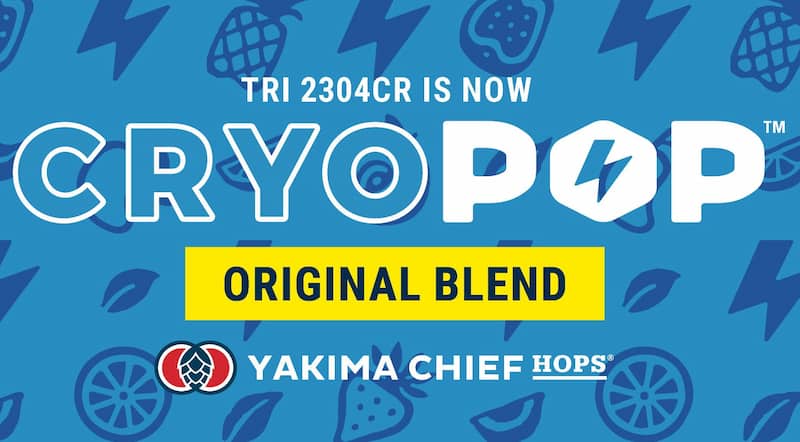 In this article, I'll take you through the steps to brew your own low alcohol beer using Cryo Pop Hops.

If you have not heard of Cryo Hops before, they are made by Yakima Chief Hops and are made using a cryogenic hop-processing technology that separates whole cones into two components; concentrated lupulin and bract. These concentrated lupulin pellets provide brewers with maximum aroma impact while reducing the negative effects that can sometimes be experienced with today’s high hopping rates.

To take things a step further, the team at Yakima Chief then used cutting edge hop analysis techniques to find out how to better translate raw hop aroma into the final product. This technology allows them to explore the aroma potential of novel hop compounds; specifically beer-soluble compounds that survive the brewing process. These compounds are otherwise known as "Survivables". Using this data, we are then able to determine which hops to use at which point in the brewing process.

A picture is worth a thousand words, and the chart below gives you a better idea of this in action.

A hop like Idaho 7 (on the left of the chart above) has a higher concentration of survivable compounds than a hop like Cascade (on the right of the chart above), which means it makes more sense to use Idaho 7 during the whirlpool, and perhaps use Cascade later in the brewing process, or post fermentation dry hop. If you'd like to learn more about Survivable Compounds, please check out this file for more information.

What has all this got to do with Cryo Pop hops? Well, using data from the chart above, the Yakima Chief team were then able to select the optimum blend of hops that is supercharged with the most effective aromatic components. Cryo Pop hops provides brewers with a dynamic solution for many applications, showing massive tropical, stone fruit, and citrus aromas. I was excited to try this in my brew!

Let's get brewing! The recipe below is for the all-grain Brew in a Bag method, but it can be scaled to suit your needs depending on your setup.

The following afternoon I fired up the kettle and aimed for a strike temperature of 69 C and added the grains to my brew bag. Due to this being a lower alcohol beer, I mashed in higher than I normally would to ensure that I got a much fuller body to compensate for the low ABV.

Once the mash was complete, I added the bittering charge of Magnum hops and started the boil.

After the 60 minutes of boil time was complete, I added the Cryo Pop hops to the whirlpool at around 80-90 degrees for around 30 mins before cooling the wort with my chiller. 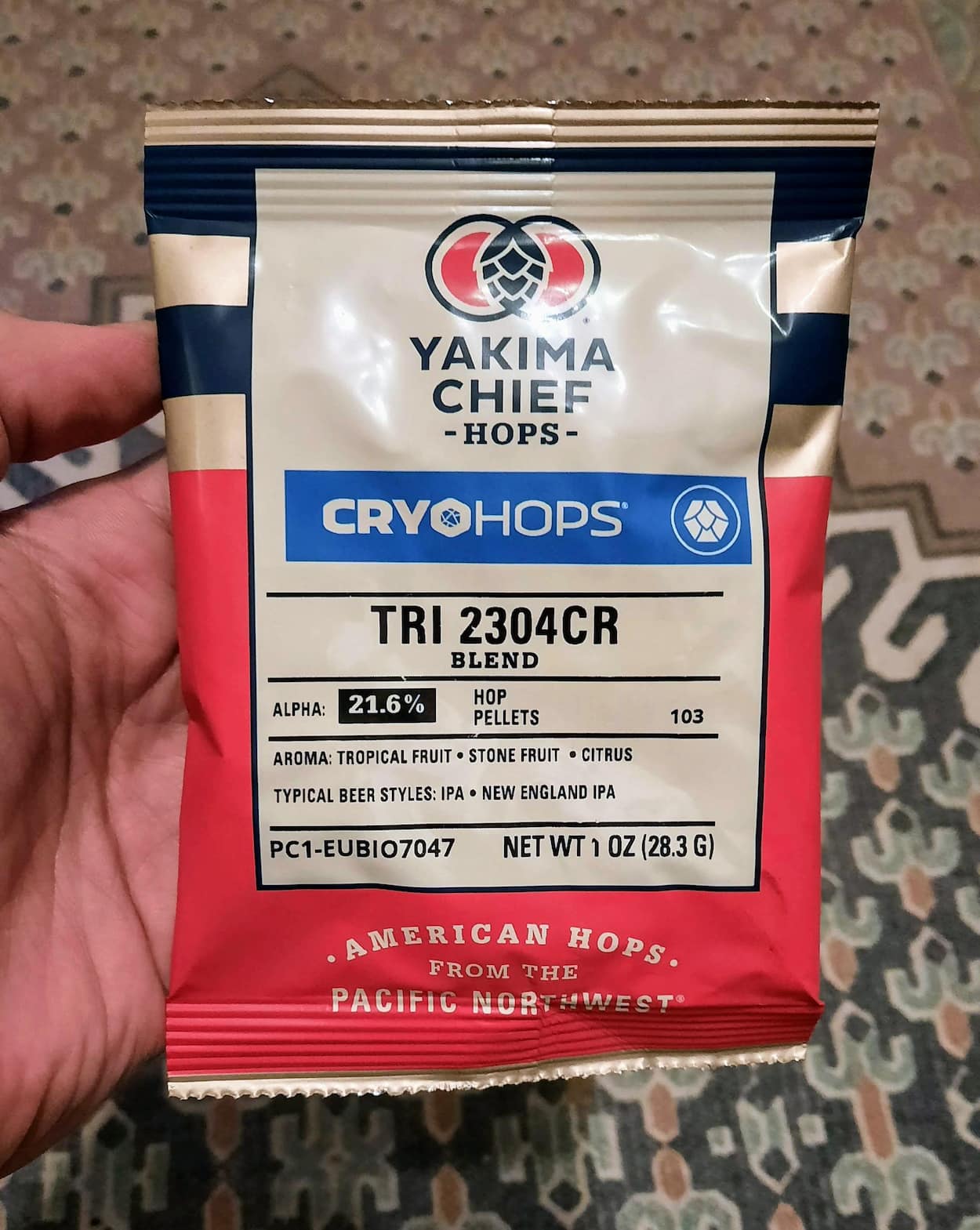 Towards the last 10 minutes of the boil, I also added around 110 g of Maltodextrin to increase the specific gravity of the beer. As this is a lower ABV beer, I wanted to improve the mouthfeel of the beer, and make it feel full bodied like a higher ABV beer. Maltodextrin is not fermented by yeast, so it does not increase the alcohol content of the brew.

Once the wort was at pitching temperature, I pitched the yeast starter. Before racking to my fermenter, I took a reading of the original gravity (OG) which came in at just over 1.030.

With the airlock bubbling away, I patiently waited for my brew to be ready. On day 2, I noticed that the fermentation had kicked off nicely and I dry hopped with around 60 grams of the Cryo Pop hops. I wanted to add these hops during active fermentation to take advantage of the biotransformation that takes place between hops and yeast during this stage.

Once fermentation was complete, I cold crashed the beer overnight and then transferred to a keg and pressurised before waiting another few days before tasting.

Considering that this is a low alcohol beer, I am very happy with the way it turned out. During the Christmas break, this was easy drinking and I was able to enjoy a few without getting too boozed. I was also impressed with the Cryo Pop hops - this is definitely a beer that I will brew again! 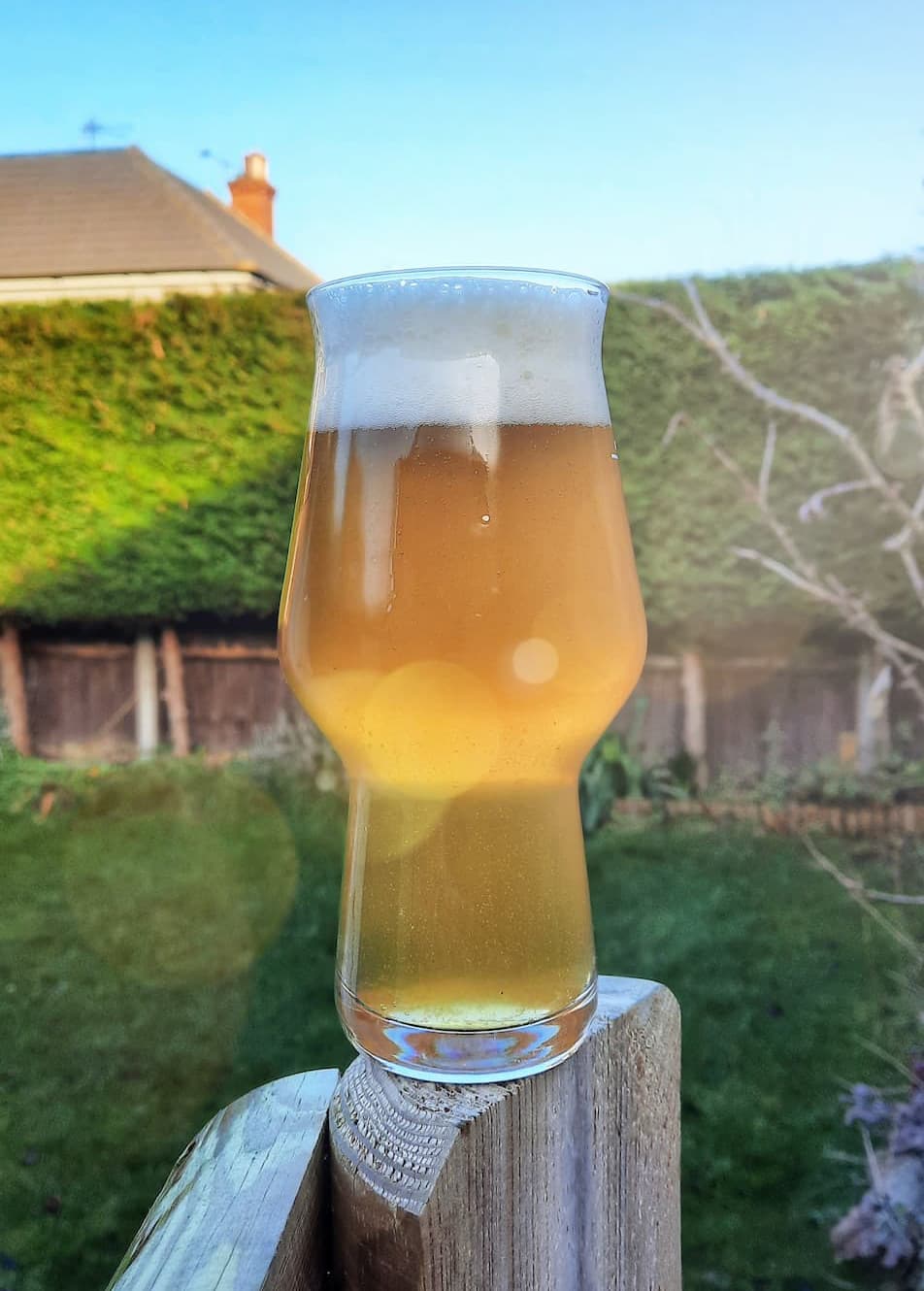 Appearance - A lovely golden straw coloured beer with a slight haze to it. Just what I was aiming for.

Aroma - This beer has a definite peach and pineapple aroma that you notice the minute the beer is poured.

Taste - In terms of taste, Pineapple is the first thing that I notice. It is then followed by a touch of hoppy-resin and slight bitterness which helps balance the fruit. I wouldn't say that this beer is malty by any means, but considering that it is a low alcohol beer, the body holds up nicely. I think the Maltodextrin has a big part to play in this.

I am happy to say that there isn't much that I would change with this beer, it turned out spot on. I am curious to see what it would turn out like as a higher ABV version too!

I absolutely love this hobby! There are so many amazing beer styles…