I have to admit it, I am a big fan of Burning Sky Brewery. Every time I try one of the beers I am impressed with the craftsmanship and crushability of their beers. I recently bought a mixed pack of their beers and was impressed with all them. Of those beers, one in particular stuck out to me - it was their beer New Alliance. 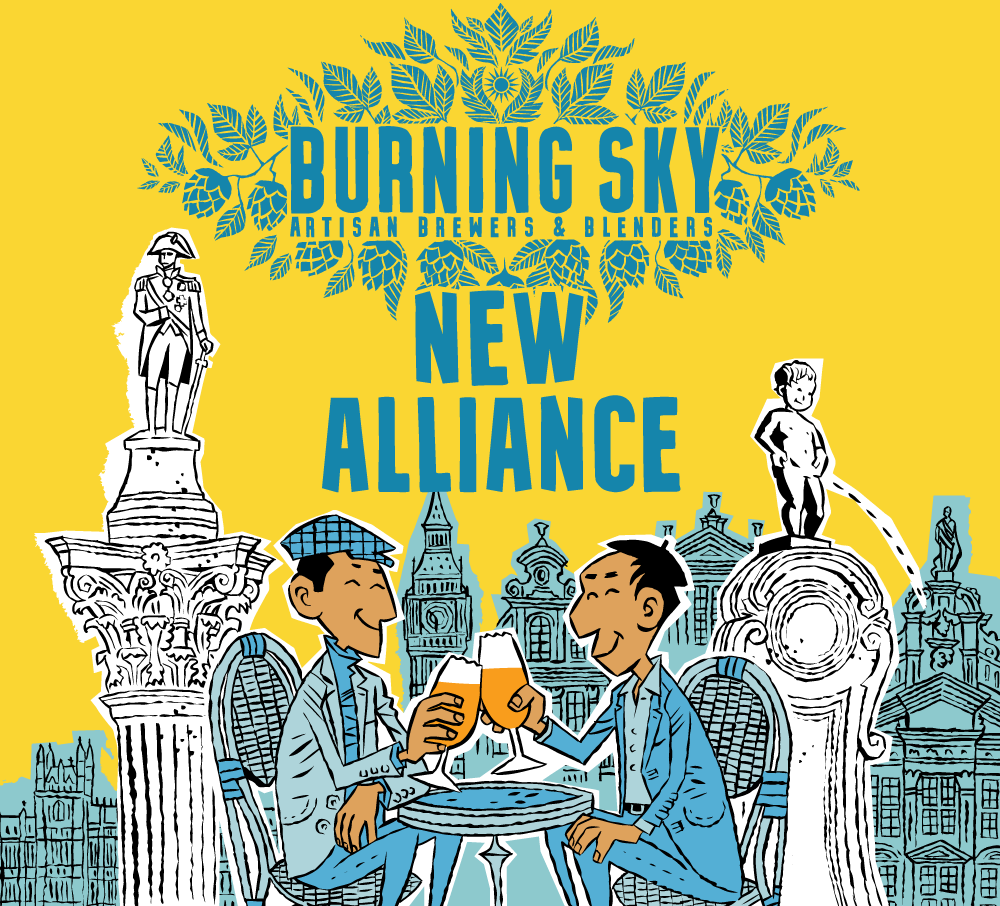 Brewed with our friend Yvan De Baets from Brasserie De La Senne, this modern Anglo-Belgian pale ale represents both breweries’ love of crisp pale ales. A high proportion of spelt aids the dryness. Hoppy on the nose with an assertively pleasing bitterness.

Like any good homebrewer, I thought I'd have a go at brewing this myself to see if I could replicate this beautiful beer. In this article, I take you through the steps I went through and show you the final result.

Before I get too far ahead of myself, it's worth saying that I noticed that there is a very thin layer of yeast that is visible when you pour out of the can. On the Burning Sky website, they mention that their beers are unfiltered, so I guess the dregs in the can are a result of this. Either that or they might possibly can condition their beers.

With this in mind, the next time I opened a can of New Alliance, I saved the dregs from the can and added it to a yeast starter.

I wasn't sure if it was actually going to work, but after a few days the yeast took off like a rocket and I built the starter up from there. I was also pleasantly surprised when I sniffed the flask - it smelt like banana and cloves! This seemed like the yeast from a Weissbier / Witbier.

If you look closely at a can of New Alliance, you'll notice that most of the ingredients are listed. With this in mind, I took a stab at recreating the recipe.

After the 60 minutes of boil time was complete, I added the Motueka hops to the whirlpool at around 80-90 degrees before cooling the wort with my immersion chiller. 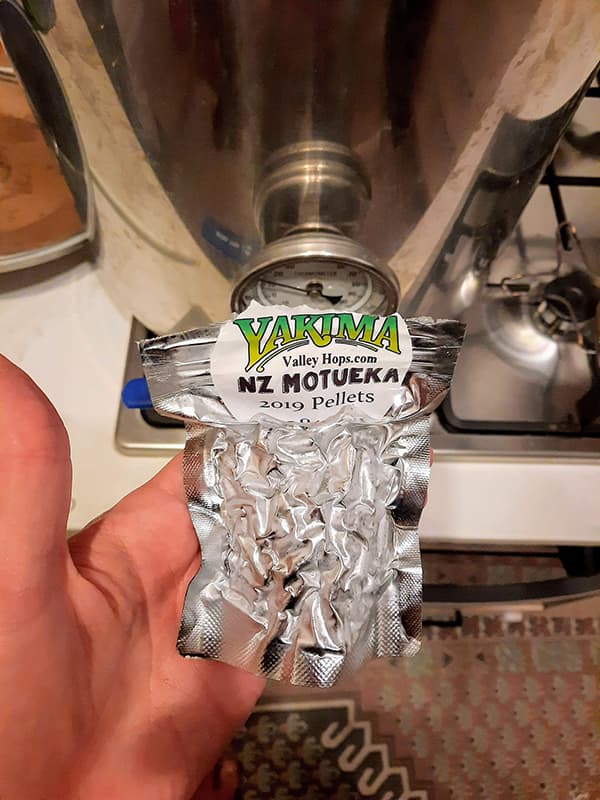 Once the wort was at pitching temperature, I pitched the yeast starter. Before racking to my fermenting bucket, I took a reading of the original gravity (OG) which came in at just over 1.045.

I was quite suprised to smell that the yeast starter smelt like Weissbier / Witbier yeast. There was definite aromas of banana, bubblegum and clove. After doing a bit of research online, it turns out that if you ferment these yeast strains at lower temperatures you get suppressed esters, less banana and pear. My hunch was that perhaps this is what the Burning Sky team were doing with New Alliance.

With the airlock bubbling away, I patiently waited for my brew to be ready. With about 3 days to go until kegging, I dry hopped with around 60 grams of Motueka.

I'd love for the summary of this article to be a happy ending, but I have to admit that in a side by side comparison, these beers were completely different. Both in terms of colour and taste. The image below should give you an idea of the beers side by side (left is theirs, right is mine).

Appearance - My version of this beer has almost dropped completely clear. The colour is golden with an ever so slight haze to it. There is also a nice fluffy head that lasts with some nice lacing on the glass.

Aroma - If you take a sniff of the glass, you get a strong aroma of banana followed by the hoppy notes of Motueka. My version is definitely more of a Weissbier / Witbier that has been hopped with Motueka compared to the Burning Sky version.

Taste - A great tasting beer, again it has the classic notes of a Weissbier / Witbier but the hops shine through for a nice clean bitterness.

The image below is a closer look at the original beer:- 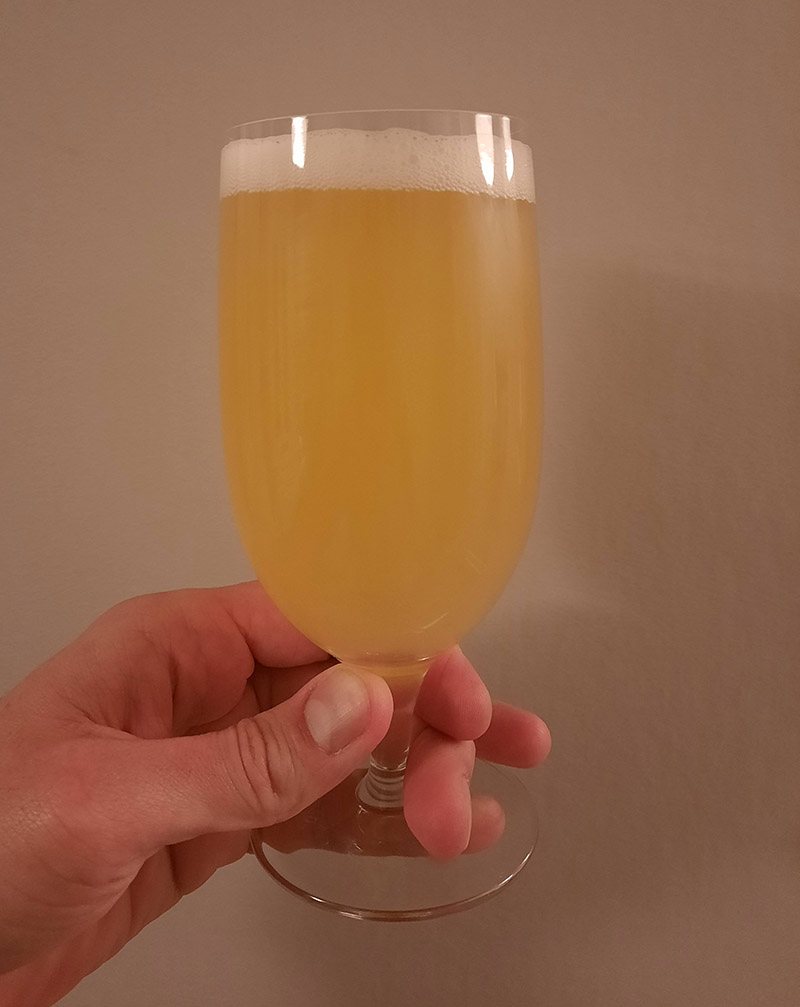 And this is a closer look at my version:- 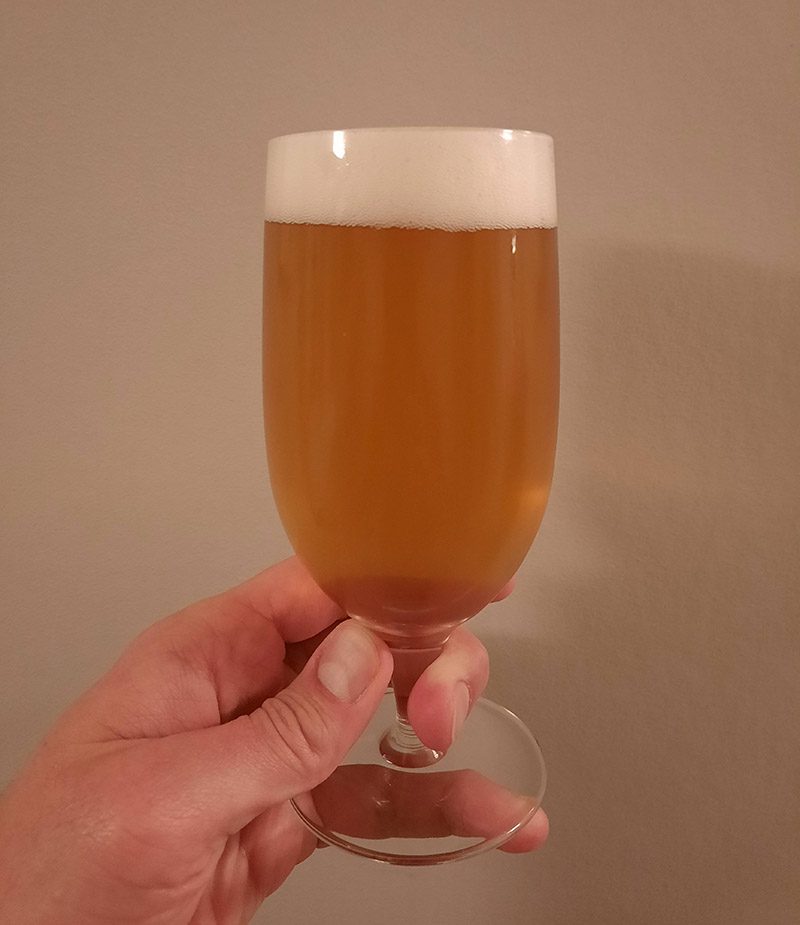 Overall this is a good beer - it tastes great and I am happily making my way through the keg. I am a bit dissapointed that they turned out so differently, but it has been a great learning experience. The summary is that my version is more like a well-hopped Witbier and the original is cleaner and more like a crushable Pale Ale. If I am completely honest with myself, I much prefer the Burning Sky version - it is the reason I brewed this beer in the first place!

I had some ideas why the two beers were so different:

I hope you enjoyed this article - it's been a great learning experience for me!

If you aren't familiar with Neomexicanus Hops, they are a genetically distinct sub-species of hop that has been growing wild in the dry mountain regions of New Mexico for many, many years. These hops is that they are considered pure "American hops".…