Dry hopping is an essential part of giving your beer that well-rounded flavour and aroma. If you are new to homebrewing and aren’t sure what dry hopping is, it is the process of adding hops to a beer to add more aroma and flavour that would otherwise be lost in the boil. It’s normally done in the fermentor and can be added at various stages throughout fermentation - either in the primary, secondary or even in the keg. The term dry hopping originated centuries ago with British brewers and was used to refer to adding hops to the cask shortly before it was shipped off to the customer.

During the time that I’ve been homebrewing, I’ve experimented with various different methods of dry hopping. Whether using whole leaf hops or pellets, I’ve tried wrapping them in a muslin cloth and I’ve even tried wrapping them in a sock! While they were satisfactory, none of these methods left me with an overwhelming sense of joy. I’ve also tried adding them directly to the fermentor, but this meant I had to filter out the bits and remove them before kegging or bottling.

I recently came across an article on Scott Janish’s website about his favourite way to dry hop using different meshes and strainers. He wrote about some pretty cool techniques and it got me thinking if there were similar dry hoppers available here in the UK.

As you can imagine, there are a plethora of different options available on Amazon. In the end, I settled on the Floratek Dry Hopper. It looks a little something like the images below. 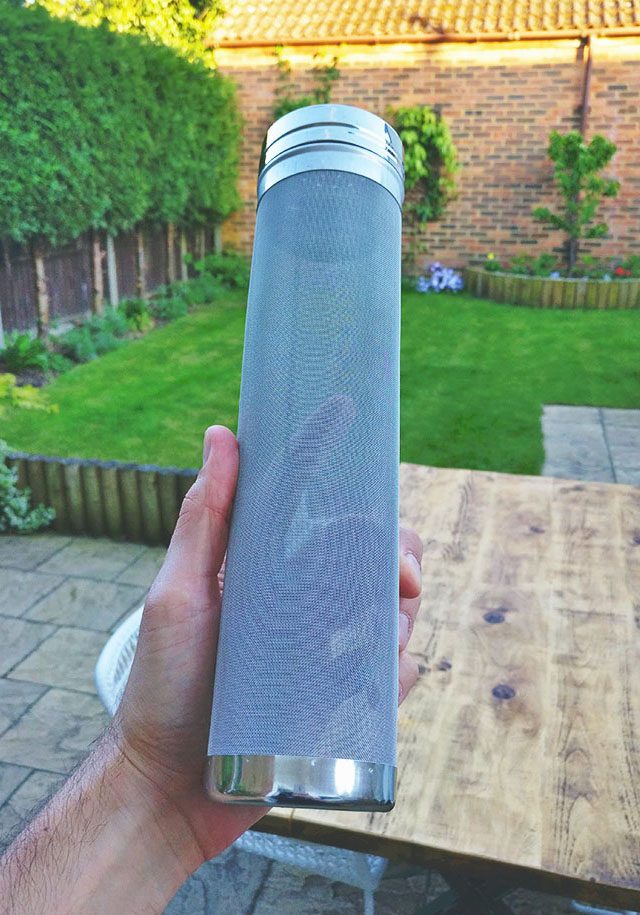 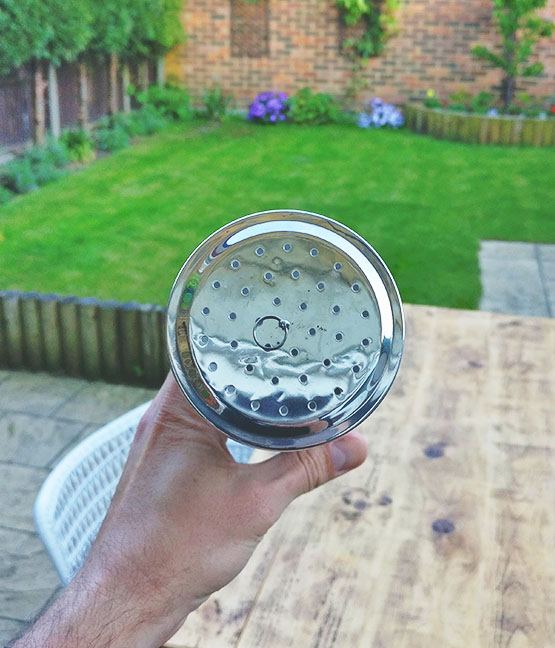 Thanks to an Amazon Prime delivery, this lovely package arrived just in time to test it out and dry hop an American Wheat that had been in the fermentor for around 2 weeks. I had some whole leaf Simcoe hops lying around in the freezer, so I unscrewed the lid of the dry hopper and added about 50 grams (2 ounces) of hops. 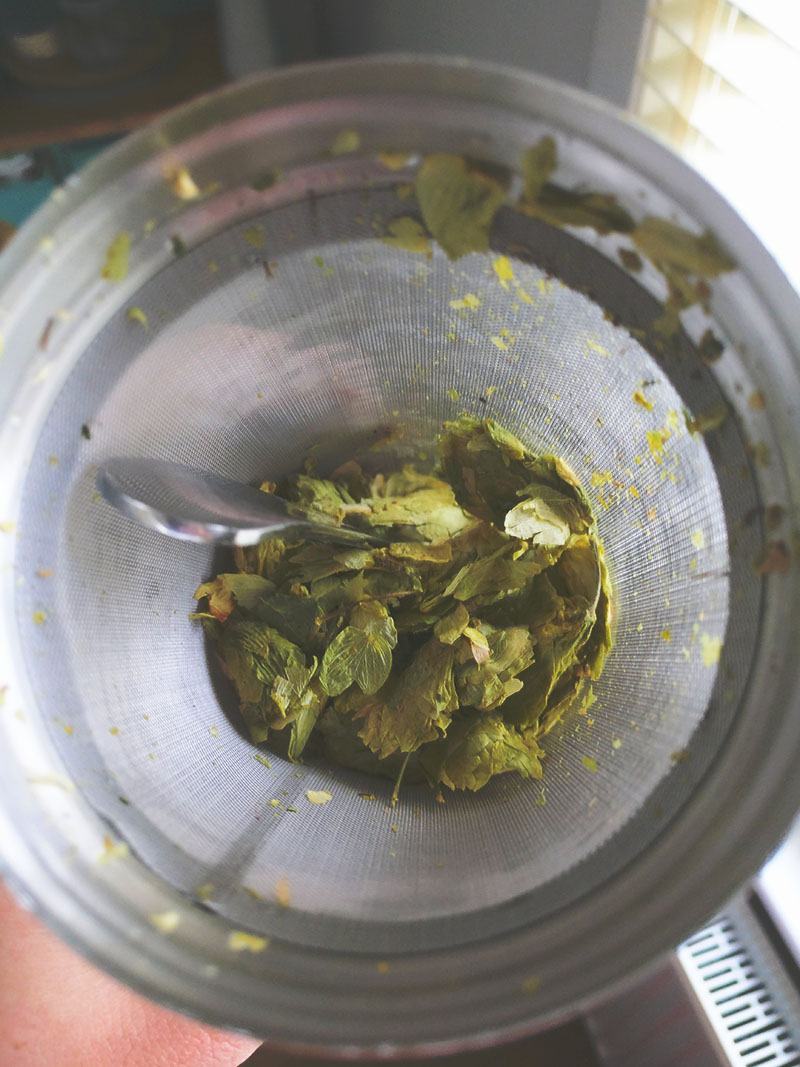 The dry hopper is made of a 300 micron mesh, a steel lid and base - as you can imagine, it hardly weighs anything. While this is advantageous, it can also be a little bit of a disadvantage too, as I wanted the hops to be immersed in the beer as much as possible instead of floating on the surface of the beer. If you’ve ever tried dry hopping using the sock / muslin cloth method, you’ll know how hard it is to get the hops to sink!

I sterilised a desert spoon and added it to the dry hopper in the hope that it would weigh the unit down. The keen eyed among you may notice it peaking out in the image above. Once I’d sterilised everything, I added the dry hopper to the fermentor and it sunk into the beer nicely.

A few days later, I opened the lid of the fermentor and was greeted with the fruity waft of Simcoe hops in the air. What a beautiful smell! I then transferred the beer to my keg and was pleased with the results. 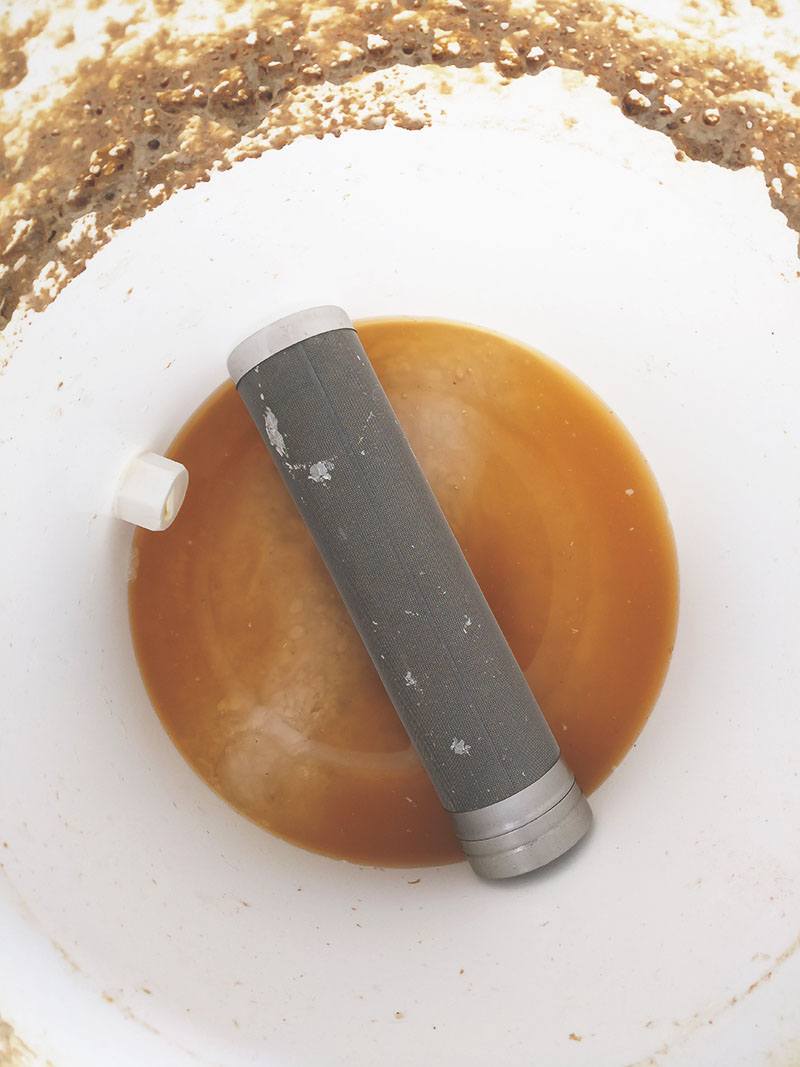 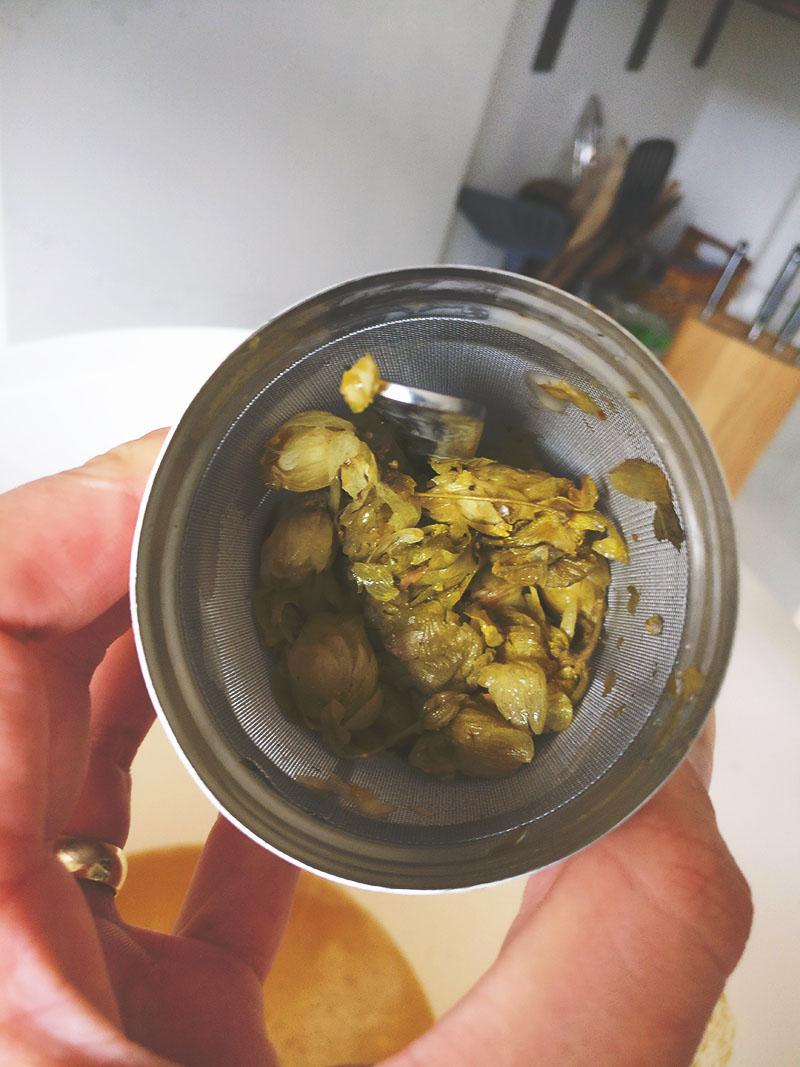 So, would I recommend the Floratek dry hopper? Hell yeah. It’s super simple to use and save me a load of faffing around with filtering out floating hops. If I had to be super critical, the only complaint I’d have is that it floats a little too easily. However, this is easily solved with a bit of weight. All in all, I am very happy with this product and would definitely recommend it as a time saver.

Mikkeller have teamed up with SAS airlines to produce a beer that has been specially made for passengers onboard all SAS flights - *Mikkeller Northern Trails*.…