During a routine visit to my local supermarket, I came across a can of Beavertown's 8 Ball Rye IPA. When I grabbed it from the shelf, I didn't really take much notice of the beer itself - but as soon as I got home and poured it - I was very impressed. The beer itself is a fresh, citrussy IPA, but there is a subtle hint of toffee and spiciness from the Rye malt.

I've never brewed with Rye malts before and this got me thinking about how I could incorporate this into my own brewing. The recipe below is my take on Beavertown's 8 Ball Rye IPA. It's not exactly a clone, but more like my own version. I hope you like it!

The night before I was due to brew, I measured out my water and filtered it to remove any chlorine, chloramine and other impurities. As always, my chores before a brew day also involve cleaning and sanitising as much as I'm going to need.

The following afternoon I set my water on the burner and aimed for a strike temperature of 65 C and added the grains to my brew bag.

If you’ve not heard of CO2 extract before, it is produced from soft hop pellets by supercritical CO2 extraction. If you'd like to learn more about CO2 Hop extract, I've previously written about it on this blog. I added around 4 ml of CO2 extract at the start of the boil.

After the 60 minutes of boil time was complete, I cooled the wort to around 24 degrees and pitched the yeast. To keep things nice and simple, I went with a dry yeast called BRY-97 from Lallemand.

Before racking to my fermenting bucket, I wanted to take a reading of the original gravity (OG). I came in at just over 1.055.

With the airlock bubbling away, I patiently waited for my brew to be ready. With about 5 days to go until kegging, I dry hopped with around 80 grams of Citra and 80 grams of Azacca in a hop sock. It's kind of ironic that I dry hopped with a hop sock, because apparently the early homebrewed versions of Beavertown's 8 Ball IPA were first made using old pool balls to weigh the hop sack down in the beer – hence the name - 8 Ball!

When fermentation was complete, I cold crashed the beer overnight and then fined with gelatin before waiting another day before transferring to a keg. I pressurised the keg to 20 PSI and waited another 5 days before tasting.

This beer was a pure gem. When the keg was finally empty and burst through the last bit of foam, I was truly sad. I am already dreaming of making the next batch of this beer. 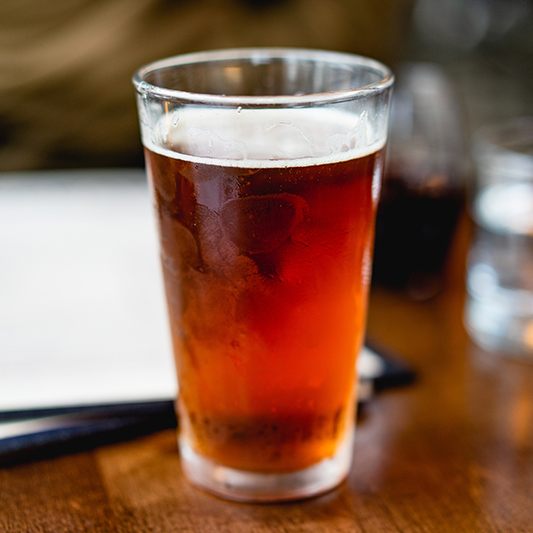 This was the first time I have used Rye malts in my brewing, and I have been impressed so far. At first glance, the Rye malts lend a rich, red hue to the beer. When you first taste the beer, there is a bold mouthfeel, but this doesn't encroach on the ale itself. The beer still tastes like an American Pale Ale, but with a hint spicy, malty sweetness. Two of my favourite hops - Azacca and Citra - provide an amazing fruity and tropical aromas to the beer. I hope you enjoy this recipe!

Brewfather - Looking under the hood

After missing out on last year's tickets, I was lucky enough to…