I am a big fan of Michael Tonsmeire's book American Sour Beers. In his book, he mentions a 100% Brettanomyces IPA recipe that he brewed in collaboration with Modern Times brewery. After reading the descriptors of this beer - tropical fruit and pineapple - I was super interested to brew my own take on it.

A few days before brewday I made a starter with the Brettanomyces yeast in order to ensure that it was firing and ready to go when I pitched it.

The night before I was due to brew, I measured out my water and filtered it to remove any chlorine, chloramine and other impurities. If you'd like to learn more about how I prepare my water for brewing, I recommend reading this article that I've previously written. As always, my chores before a brew day involve a lot of cleaning and sanitising.

The following afternoon I fired up the kettle and aimed for a strike temperature of 65 C and added the grains to my brew bag. Once the mash was complete, I added a hop shot at the start of the boil.

After the 60 minutes of boil time was complete, I added the Citra, BRU-1 and Cascade hops to the whirlpool at around 80-90 degrees before cooling the wort with my immersion chiller. 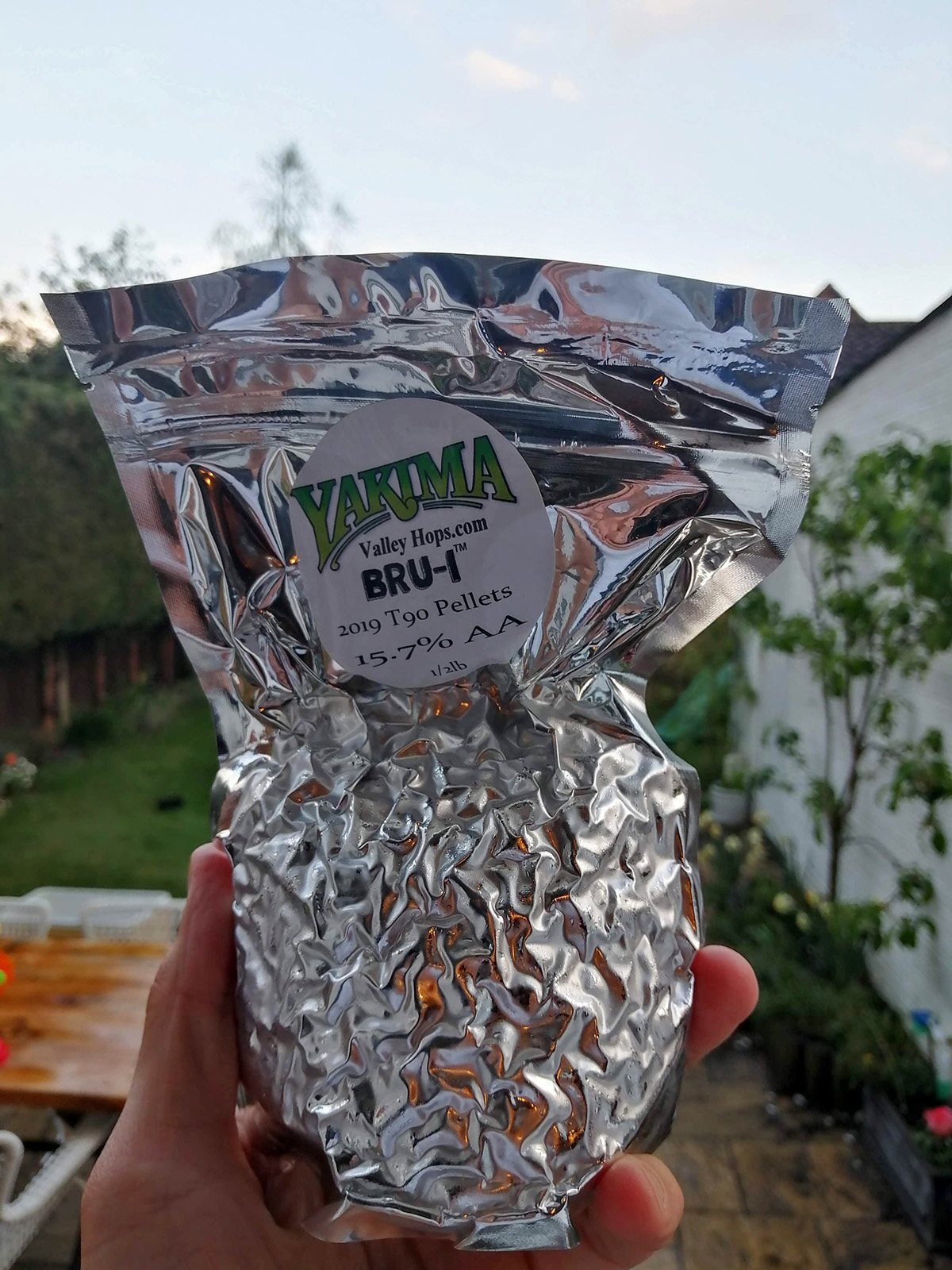 Before racking to my fermenting bucket, I wanted to take a reading of the original gravity (OG) - it came in at just over 1.057. When the yeast was below 30 degrees, I pitched the yeast starter and began the waiting game.

Unlike most ale yeasts, the Brettanomyces yeast took a little while to show any signs of activity. I won't lie....the wait made me a little nervous! After about 48 hours, I noticed very little activity in the fermenter and airlock and started to become worried. Well, it turns out I didn't need to worry. The video below gives you an idea of the activity I noticed the next day I woke up!

With the airlock bubbling away, I patiently waited for my brew to be ready. In the end, I waited around 6 weeks for the Brett yeast to hit final gravity.

All in all, I can happily say that this beer turned out great. The idea behind 100% Brettanomyces IPAs is that they aren't meant to be aged, but drunk relatively fresh.

As this beer took some time and effort to make, I decided to bottle and decorate with a label. 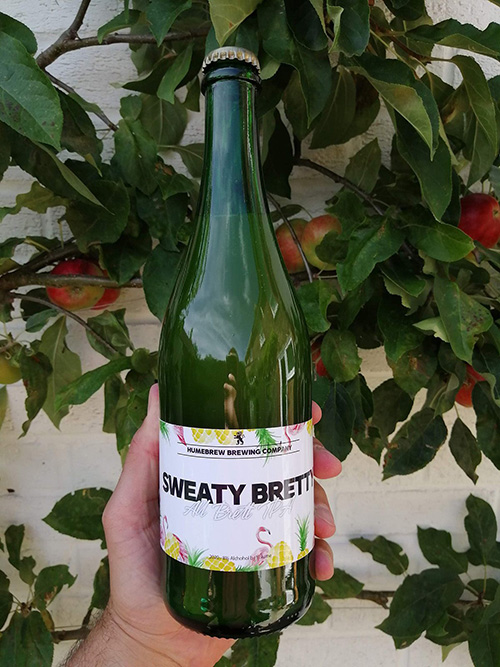 Appearance - I used the same malts that I use for my Hazy IPA's for this beer which gave it an amazing haze and orange hue. After pouring the beer, the head retention doesn't last long at all, despite the wheat malt and hops.

Aroma - This beer has that classic Brett smell and could almost be a Lambic if you closed your eyes. There is a definite tropical fruit vibe from the hops, but it blends really well together. It is really difficult to tell where the hops end and the Brett begins.

Taste - At first, the beer tastes very dry, but there is a definite pineapple finish, as well as a very subtle tartness/sourness coming through. I could drink this beer all day long! One thing I noticed is that there is a very slight slickness/oiliness that comes through in the mouthfeel - it's not bad - but just something I've not noticed before in a beer. 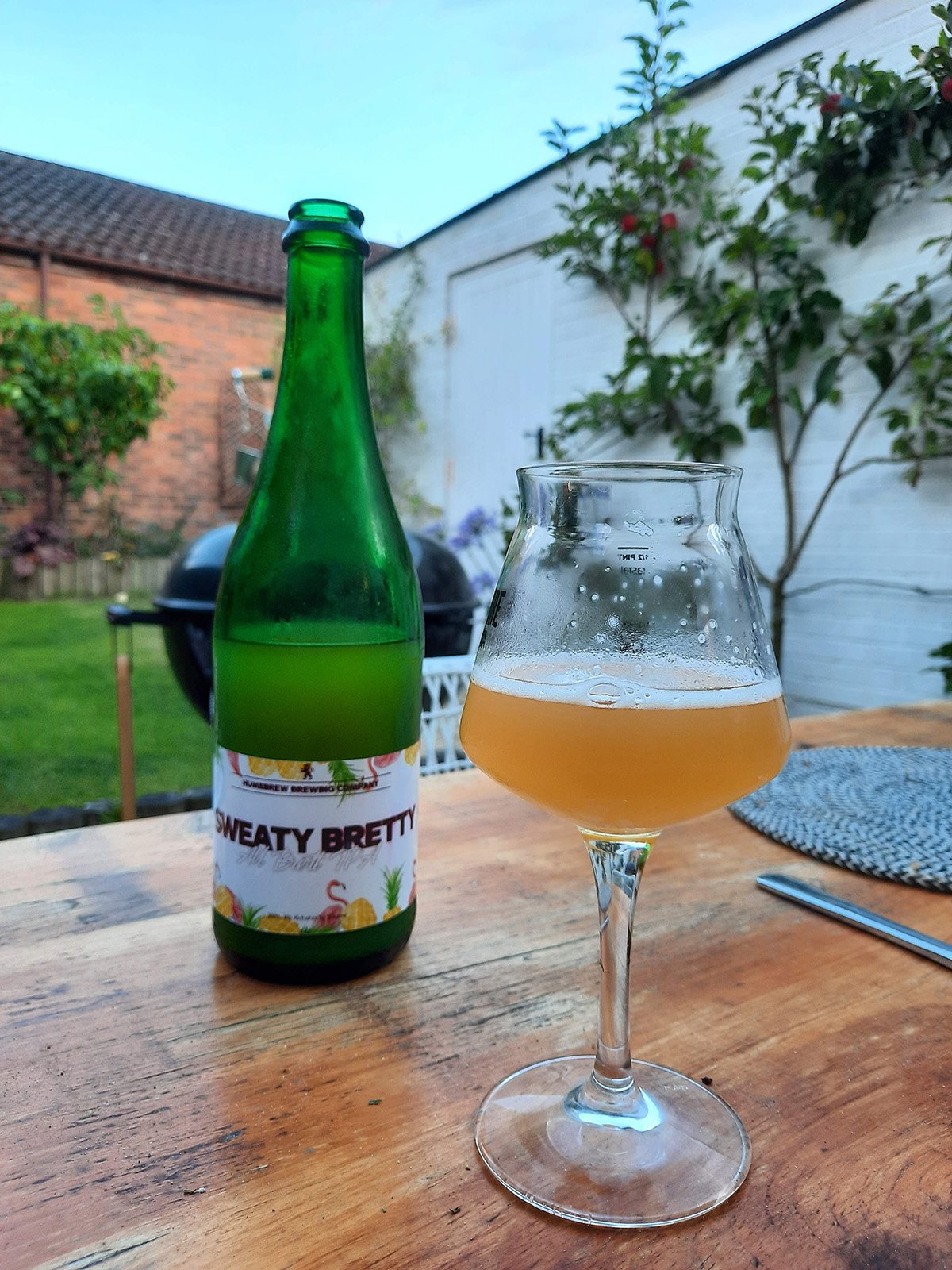 I am very happy with how this beer turned out and excited to see how the Brettanomyces works it magic and changes the flavour profile over time.