If you've read this blog before, you might notice that I live in the U.K. My wife grew up in Devon and we have spent many happy memories on the beach and coastline there.

I'm always looking for new recipes, and when I came across this article by Martyn Cornell about West Country White Ale (or Devon White Ale), I knew I had to give it a go. Another great thing about this recipe is that it orginates from the South Hams in Devon which is the same area that my family are from.

At first the traditional recipe might sound a bit weird....malt, hops, egg whites, flour and wild yeast. There are a few things that make this recipe unique in that the fermentation is likely spontaneous, carried out by a culture of wild yeast which is grown from a mixture of egg whites and flour. Several sources also suggest that the wort isn't boiled.

Devon White Ale (or West Country White Ale) was first mentioned in a book titled A Dyetary of Helth published in 1542:

a naturall drynke for a Dutche man [by which he meant Germans] … of late days … much used in Englande to the detryment of many Englysshe men … it doth make a man fat and doth inflate the bely.

I love the Old English in this excerpt! With that in mind, I decided to approach this recipe with a modern twist. Whilst the historians might scoff at this adjusted recipe, I wanted to adapt it to make it drinkable and easy enough to brew on my homebrewing equipment. I stuck to the original recipe by ensuring that this is a raw (no-boil) ale and I used flour. The only difference is that I hopped this beer lightly with Motueka hops to add a citrus / lime twist to it. 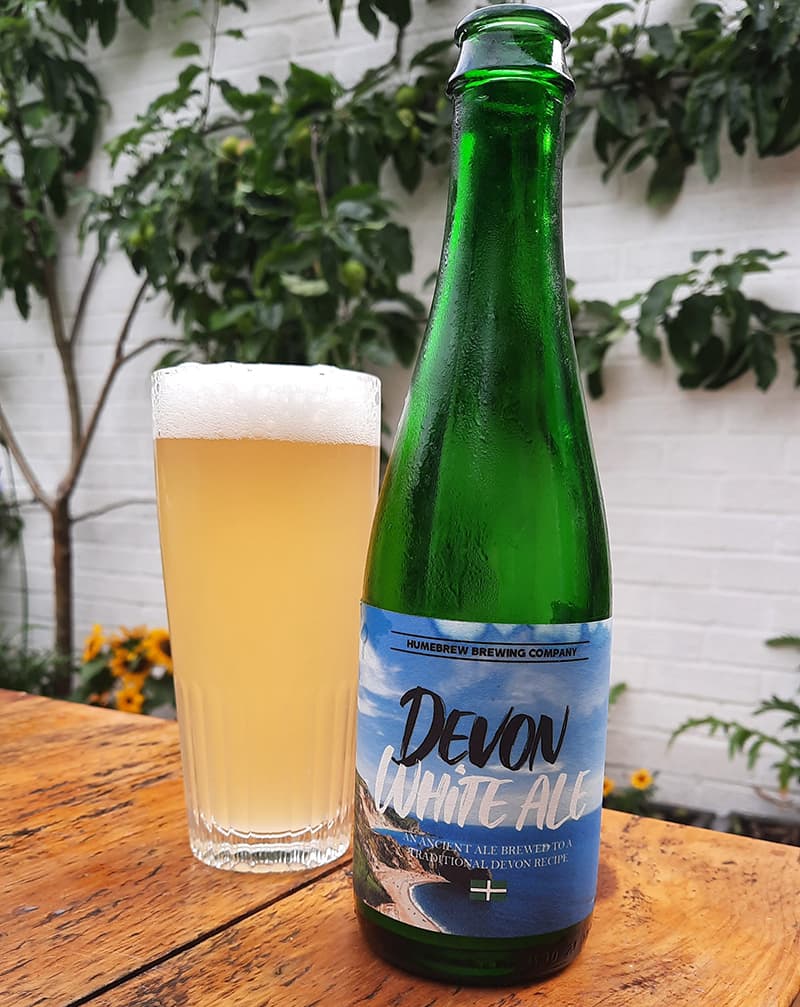 The following afternoon I fired up the kettle and aimed for a strike temperature of 65 C and added the grains to my brew bag.

As I was aiming for a really gentle bitterness on this beer, so I went with adding the hops to the mash. Once the mash was complete, I skipped the boil step as this brew was a no-boil brew. I sparged with the remaining sparge water and held the temperature at around 80-90 degrees in a "whirlpool" and added the remaining Motueka hops. I also added the flour to the wort at this stage. I would recommend mixing a little water with the flour first to ensure that you get a paste before adding it to the mash, else you will be left with clumps of flour floating on your wort!

Shortly afterwards, I cooled the wort with my immersion chiller. Once the wort was at pitching temperature, I sprinkled the dry yeast onto the wort. Before racking to my fermenter, I took a reading of the original gravity (OG) which came in at just over 1.054.

I used LalBrew Windsor Yeast for this brew and it took off nicely with noticeable airlock activity after about 24 hours. Once the beer hit final gravity, I kegged it and waited for it to carbonate before serving.

Appearance - I was aiming for this beer to be as "white" as possible in appearance and I am happy with the result. It turned out a very pale looking ale with an extremely fluffy head. Studies have shown that proteins in wheat flour are especially foam-positive and it certainly showed on this beer.

Aroma - Overall there isn't much aroma coming from this beer. There is a very faint bready and hop aroma coming through from the Motueka hops.

Taste - Very smooth bitterness followed by a bready (and a touch yeasty) flavour coming through. In terms of mouthfeel, this is by far the creamiest beer I have ever brewed and I think that this is down to the flour. There is a definite sweetness coming through and a faint hop flavour in the background. 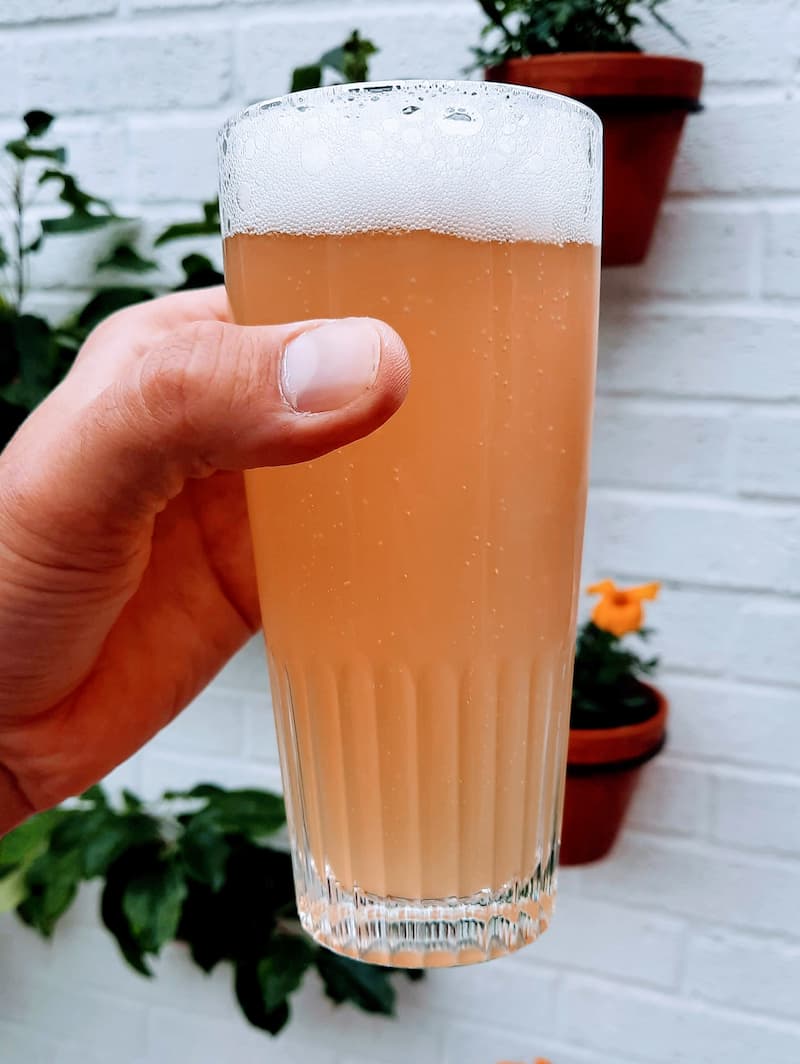 All in all, I am pleased with this beer. Some of my lager drinking friends really liked this beer as it wasn't super hoppy and the bitterness was gentle. While it didn't strictly conform to the original recipe of a Devon White Ale, it did teach me a few things about the brewing process, especially brewing raw, or no-boil ales. I really liked this beer, but wasn't blown away by it. If I were to change anything, I would ramp up the bitterness and dose with a hefty amount of dry hops.

If you use Brewfather as your brewing software of choice, I've also made the recipe publicly available for this Devon White Ale. Brewfather says that the style for this beer is American Wheat Ale, but I couldn't quite find a style to match it!

Tips to improve the foam and head retention of your beer

In this article, I want to share the tips to improve the foam and head retention of your beer. I've always been interested in beers with a beautiful, fluffy head of foam sitting on top.…

How to make custom tap handles for your kegerator

In this article, I will take you through the steps required to make your own custom DIY tap handles for your kegerator.…