I absolutely love this hobby! There are so many amazing beer styles out there and the best thing about homebrewing is that you get to constantly experiment and try new things.

One of my favourite beers is my Elderflower Saison - it's easy drinking, fun to make and is accessible for even non-beer drinkers. In keeping with Saison / Farmhouse brewing traditions, I wanted to use as many local ingredients as I could, so for this brew I went with English Honey, local dried Elderflowers and Chevallier® Heritage Malt as the base malt. I've brewed a few times with Chevallier and been very impressed with it.

As a malt, Chevallier reigned supreme as the dominant barley variety in England from 1820 to 1920. It has a robust maltiness, like a Maris Otter turned up to eleven, with a rich marmalade character and a long aftertaste. As I like to bottle my Saisons and store them for a while before drinking, it's quite nice to splash out and spend a bit more on the malts than I normally would.

The only "non local" ingredient for this brew was the LalBrew Farmhouse™ yeast from Lallemand. 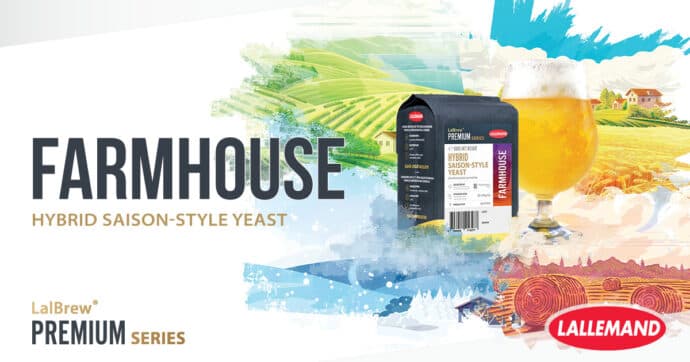 I've been interested in trying this yeast for a while. LalBrew Farmhouse™ is a non-diastatic hybrid that has been selected to make saison-style and farmhouse style beers. Traditionally, most Saison yeasts contain diastaticus which is known to break down starches and other high molecular weight compounds into simple sugars which can lead to high attenuation. With proper cleaning and sanitisation practices in your brewhouse, it can often be avoided - but many brewers go to great lengths to avoid this happening. By using a yeast such as LalBrew Farmhouse™, you are guaranteed to not introduce diastaticus into your brewhouse. If you'd like to learn more about this, please follow this link to the Lallemand website. For an example of the damage that unwanted diastaticus can do in your brewery, check out this article by Verdant Brewery where they explain an issue with exploding cans that they had!

I use a Grainfather G30 and the recipe below is designed with this equipment in mind, but it can be scaled to suit your needs depending on your setup.

The following afternoon I fired up the Grainfather and aimed for a strike temperature of 65 C and added the grains.

I've been experimenting lately with Mash hopping as it's said to have a positive effect on sparging and it adds porosity to the grain bed. For this brew, I added 10 grams of homegrown Cascade hops to the mash.

Once the mash was complete, I added the bittering charge of Magnum hops and boiled for 60 minutes. With 10 minutes to go, I added the dried Elderflowers.

Once the boil was complete, I cooled the wort with my counterflow chiller to get it down to pitching temperature. Once the wort was at the correct temperature, I sprinkled the LalBrew Farmhouse dry yeast onto the wort. Before racking to my fermenter, I took a reading of the original gravity (OG) which came in at just over 1.044.

The temperature on the fermenter was set to 25 Celsius for this brew. I used LalBrew Windsor Yeast for this brew and it took off nicely with noticeable airlock activity after about 24 hours. Once the beer hit final gravity, I kegged it and waited for it to carbonate before serving.

I am super happy with the way this beer has turned out. It's not the first time I've brewed it, but it never seems to fail. 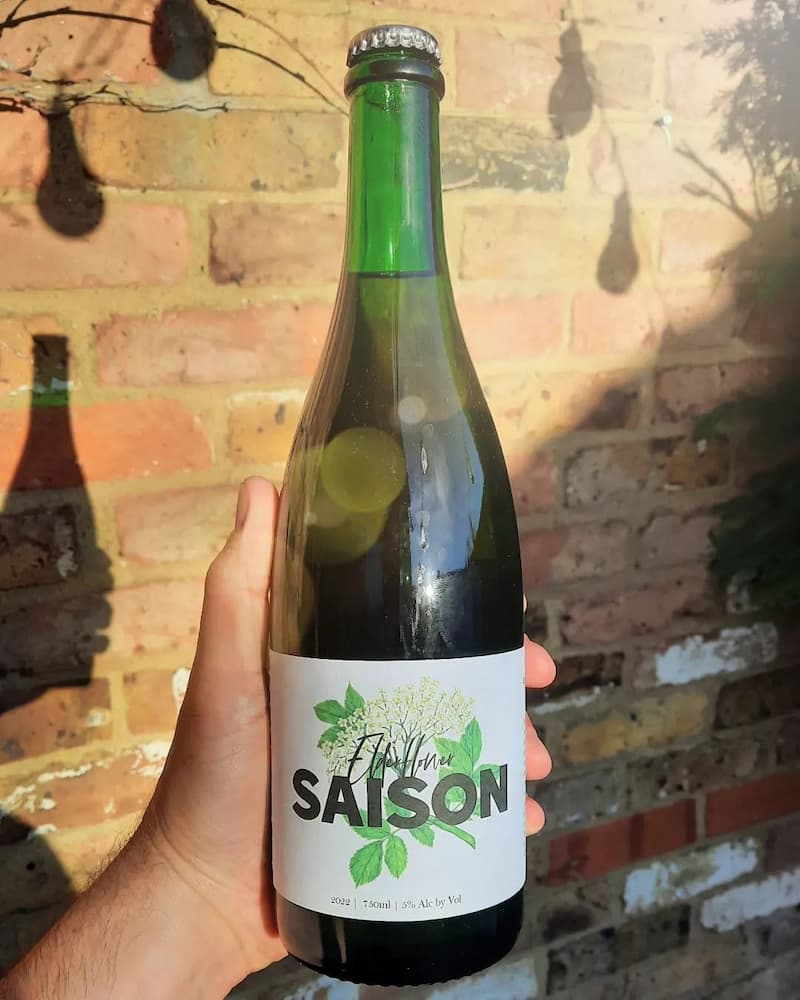 Appearance - A golden beer with a slight haze to it. I would expect this from the higher protein content from the spelt, but this is in keeping with the style I'm going for.

Aroma - A subtle, but typical Saison nose. Slightly peppery and a little phenolic. Not as pronounced as a Saison without the Elderflowers, but just right.

Taste - Crisp and dry with a slightly "sweet" aftertaste that I think is added by the Elderflowers. It has that typical bready Belgian Saison flavour. Delicious!

There is only one problem with this beer.....it will run out eventually! It's super easy drinking and perfectly quenching. I'd like to give freshly picked Elderflowers a try next time as fresh ones are said to impart more floral notes.

If you use Brewfather as your brewing software of choice, I've also made the recipe publicly available. I hope you enjoy it!

How to clean your beer draft lines

It is important to ensure that your kegs (and beer draft lines) are kept clean. In this article, I will show you the equipment and steps that I take to keep my beer draft lines clean and shiny.…

How to brew a Low Alcohol Beer - Cryo Pop™ Recipe

In this article, I go through the steps I used to brew a low alcohol beer using Cryo Pop Hops from Yakima Chief.…