I've always been interested in beers with a beautiful, fluffy head of foam sitting on top. Regardless of the colour or style of beer, there is something quite attractive about a long lasting foam that lingers and leaves lacing on the glass as the beer is drunk.

As a homebrewer, I've recently been in the pursuit of brewing such fluffy beers. After some research online, and chatting to other brewers, I've had a bit of success that I'm quite proud of. In this article, I wanted to share some tips to improve the foam and head retention of your beer. Writing all this down will also serve as a reminder for me in the future!

Add Wheat to your malt bill

If you search many books and online forums, it has long been accepted as fact that the use of wheat (such as torrified and malted wheat) in your malt bill will help improve beer foam. This is because wheat is naturally higher in protein and also increases the levels of lipid bonding proteins. So, the next time you formulate a recipe, think about adding up to 10% of your grain bill as wheat malt. Even if you are looking to brew a clear, bright beer - you can still achieve this with a small addition of wheat.

Oats are good, but not too much

I came across a great article on Scott Janish's website where he details some positive reasons for brewing with oats. A study that he mentioned caught my eye, which mentioned that when using oats at about 10% of the grist, there was no negative effect on head retention. However, as the percentage of oats increased above 10% the head retention suffered fairly dramatically. Specifically, beers with 30%-40% oats had the lowest levels of head retention. The next time you brew that Hazy Ale or Oat Cream ale, don't be surprised if your head retention isn't what you expect! For more information, check out the article on his blog.

Amongst brewers, it has been widely accepted that heavily roasted grains, notably black malt and roast barley, have superior foaming properties. However, in a recent study, it was found that certain specialty malts, notably crystal malts, display inferior foam performance. Crystal malt contains low-molecular-weight foam-negative species. Whilst this might make you want to shy away from Crystal malts in your next brew, perhaps it's worth keeping this knowledge in mind when designing your next recipe.

Believe it or not, Carapils also falls under this category. One of Carapils' selling points is that it gives you foam improvement, improved head retention, and a fuller body. The study also found that Carapils doesn't do much for beer foam as originally thought.

If you've ever performed a decoction mash or a turbid mash before, you might be aware of the "protein rest". Typically conducted between the 45–50 °C (133–122 °F) range, it can be used for different purposes depending on the style you are trying to brew. Studies have shown that brewers should avoid overly long mash rests in this temperature range as it will negatively impact foam.

Make sure your glassware is clean!

Imagine the scenario - you've designed the perfect recipe with all the right attributes to produce a foamy, pillowy beer. You pour it into the glass, and the foamy head on the beer disappears almost immediately.

In the scenario above, you could actually be working with a dirty glass which could ruin all your hard work up to this point. A dirty glass can compromise a carefully crafted beer’s taste, carbonation, and look. If you are looking to ensure that your beer retains a perfect head - it might be worth ditching the moustache, lipstick, or both!

For more details on how to achieve a clean glass for your next brew, I recommend checking out this article.

Believe it or not, beers with higher fusel alcohols are prone to less head retention and poor foam. 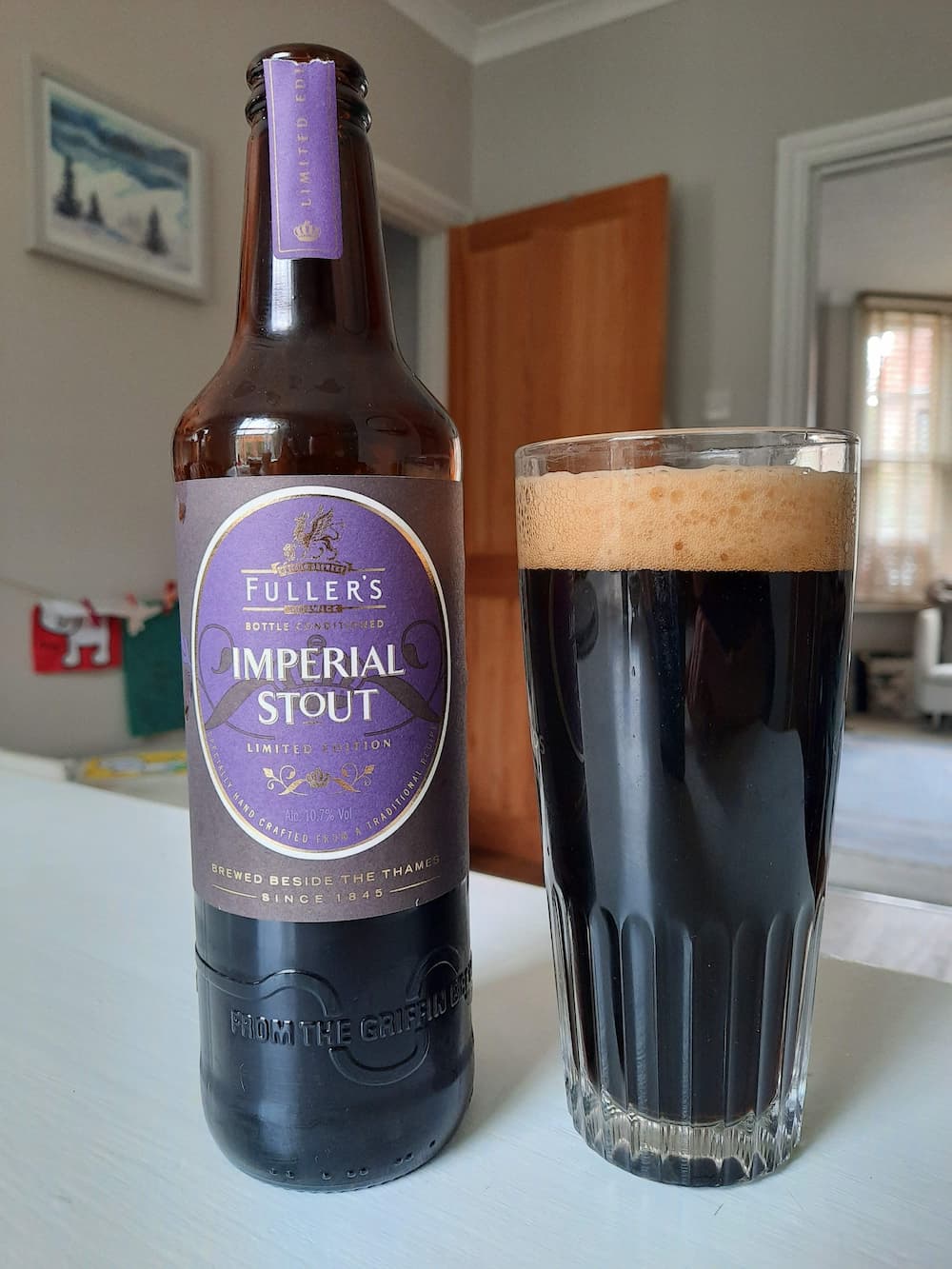 This is because the “higher” the alcohol (the more carbon atoms it contains), the more foam negative it is. Beers with high fusel alcohol that have more than the two carbon atoms ethanol makes them more foam negative. If you'd like to read up more on this, I recommend checking out this article for more information.

In a study entitled Premixing of Isinglass and Silica Gel to Obtain improved Beer Stability they found that using finings such as Isinglass or Silica Gel can improve beer foam in poor foaming beers by 15-25%. The study concluded that the use of kettle finings gave no apparent benefit in relation to long-term physical stability, but improved the rate of fermentation, lowered tannoids and enhanced foam stability. Those are all pretty good wins!

Despite what the name says, Antifoam will actually have a positive impact on your beer foam. Using a product like Antifoam helps you avoid boil overs or foam loss during fermentation, but it also has another positive effect. It helps to ensure that the foam positive proteins aren't lost during either fermentation or during boiling.

At first it sounds counter-intuitive that the use of Antifoam will help improve the quality of the foam on your beer, but quite the opposite is true.

Whilst this is outside of the realm of most homebrewers, I thought I would mention this here as hop extracts can also help improve beer foam.

Reduced hop extracts such as tetra hop can also help improve foam when added post fermentation because these are more hydrophobic so are more effective at supporting the foam structure.

Reduced hop extracts are foam enhancing additives that can also protect your beer against microbial infection and completely prevent the formation of light struck flavours. Ever wondered how breweries that bottle their beer in clear bottles manage to not have skunked (or light struck) beers? Products like Tetra hop are the answer.

It's worth mentioning that even though we might not have access to these products as homebrewers, we can still brew amazing beers with amazing foam!

It might seem like an obvious one, but by pitching healthy yeast and ensuring that it ferments happily, it will go a long way to contributing to the foam on your beer.

Yeast autolysis occurs when stressful conditions cause the membranes of vacuoles inside the yeast cell to start to break down. This in turn releases hydrolytic enzymes such as lipases and proteases into the cell which weaken the cell structure causing them to burst open. As well as the potential to add off flavours, this process will also release foam harming proteases into beer. For more information, check out this Murphy and Son article.

Force carbonating your beer in the keg

For some brewers, you might need to turn a beer around a bit sooner than expected, and one of the ways of speeding up the carbonation process is by using the shaking method. Whilst it can be a great way to carbonate your beer quickly, the downside is that the shaking method raises foam inside the keg and may degrade your beer’s foam when it is served.

Believe it or not, if you make your beer foam at any time prior to serving, you are decreasing the pool of foam positive elements in your beer.

Think of these things listed as all attributes that can contribute to positive foam and head retention on your beer. If you only use some of these tips, it doesn't mean that you still can't brew great beer.

To summarise some of the tips mentioned in this article:

This beer recipe is based on a Devon White Ale which originates from he South Hams area in Devon. The recipe below is for the all-grain Brew in a Bag method, but it can be scaled to suit your needs depending on your setup.…