I have lived in London for over ten years until recently, and it is only since moving out of London that I have actually gotten round to doing this! Together with two good mates, we attempted to complete the Bermondsey Beer Mile.

Geographically speaking it made sense for us to begin our journey at stop number one on the mile which was Fourpure Brewery. It is located a short 8-10 minute walk from Bermondsey tube station, and it took us through some interesting backroads of Bermondsey and finally into an industrial estate. 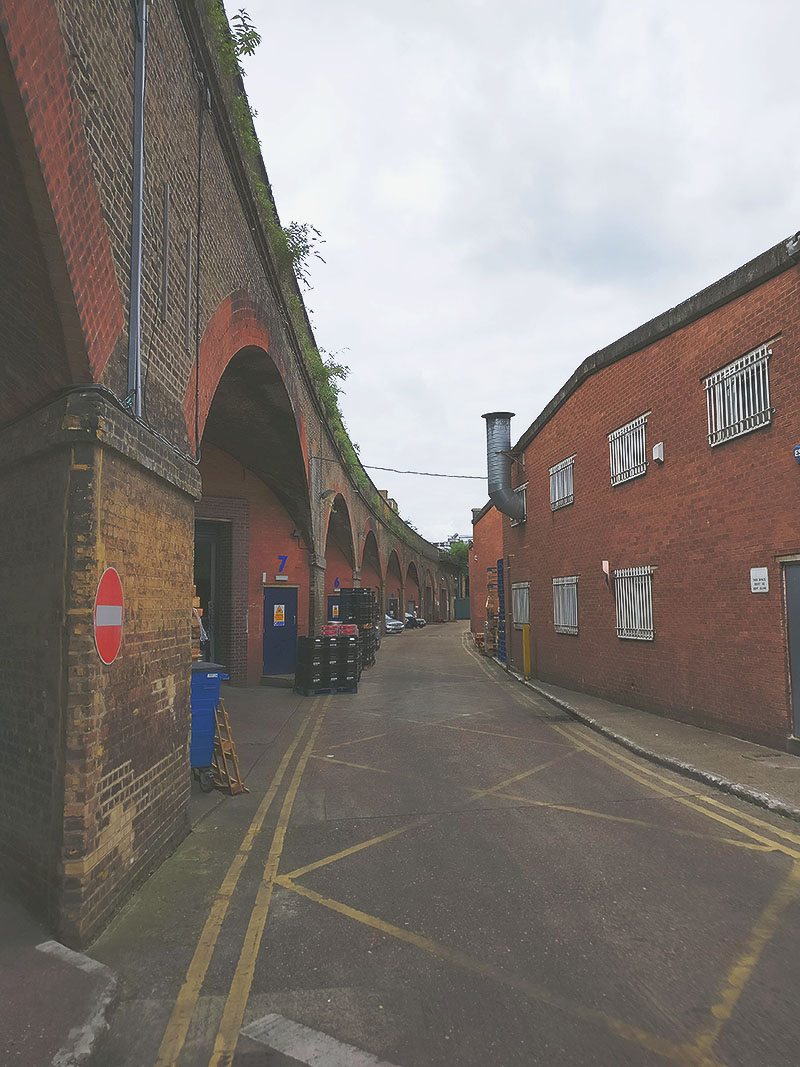 After making our way through the back roads, we were greeted by Fourpure Brewery. I had no expectations in mind, but I have to say I was impressed. As you walk to the taproom, you are greeted with an awesome selection of beers - I was like a kid in a candy store. Not to mention the fact that you get to drink beer nestled around the giant fermentors and brewing equipment - it is a homebrewers dream! 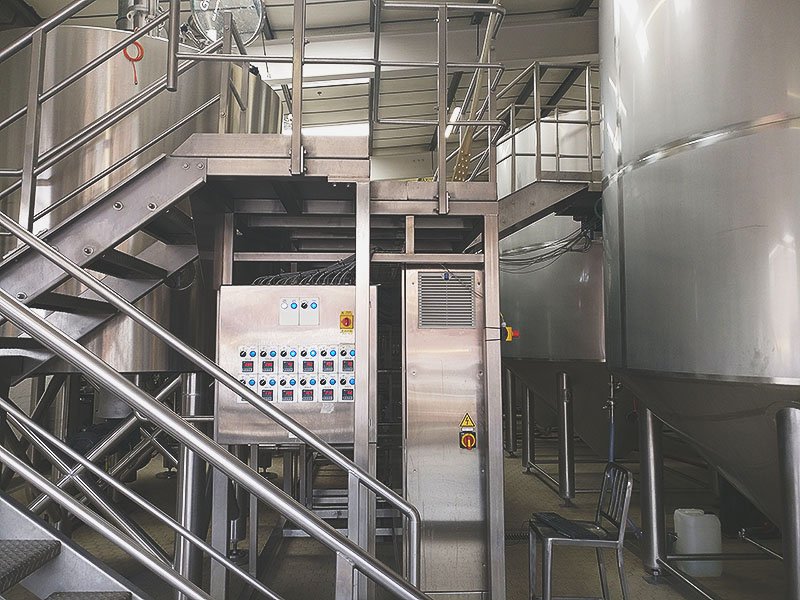 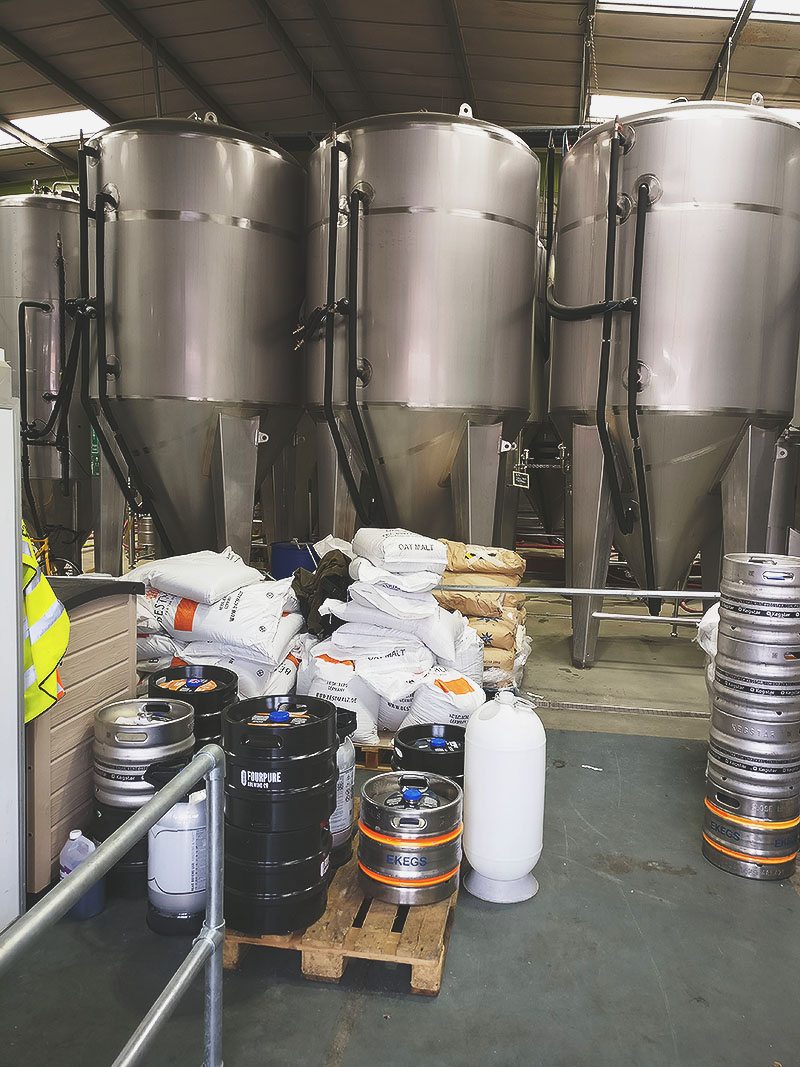 The first beer of the day at around 11 am (yes, you need to start early) was a Trailhead Guava IPA and it did not dissapoint - it was crisp, hoppy and very fruity. It was the perfect beer to kick the day off. 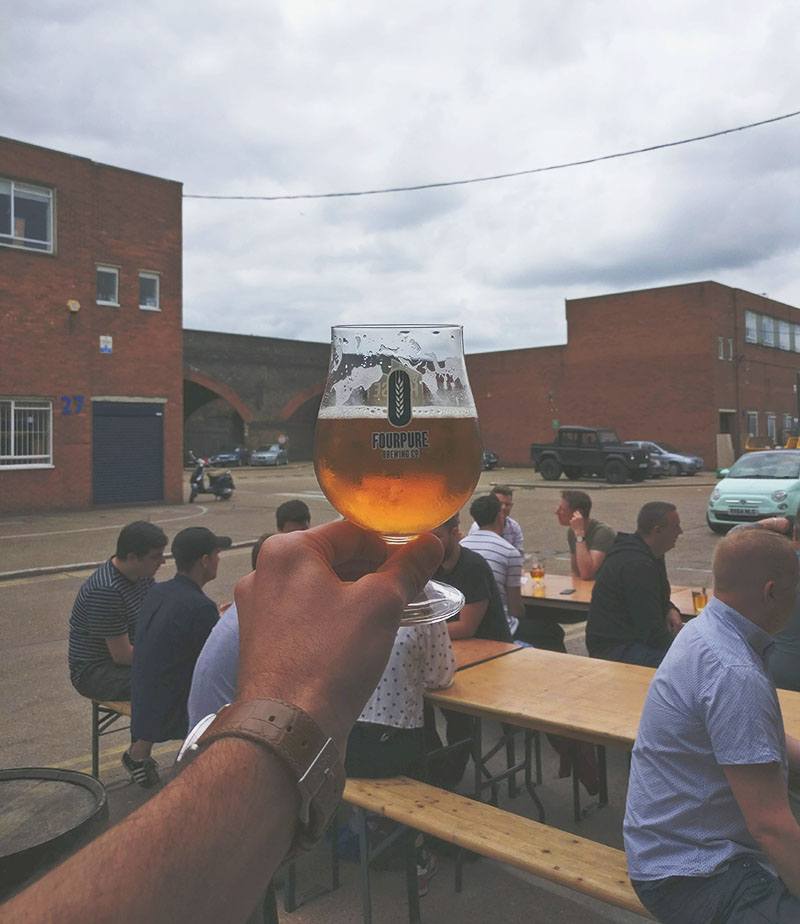 I also highly recommend the Lychee and Vanilla Sour from Fourpure - their sour beers were world class.

Apart from it being lunchtime, it was also important to keep the stomach lined while consuming these malty treats - conveniently placed and aptly named, Salty Loins had a food stand just outside and provided a tasty loin steak ciabatta. 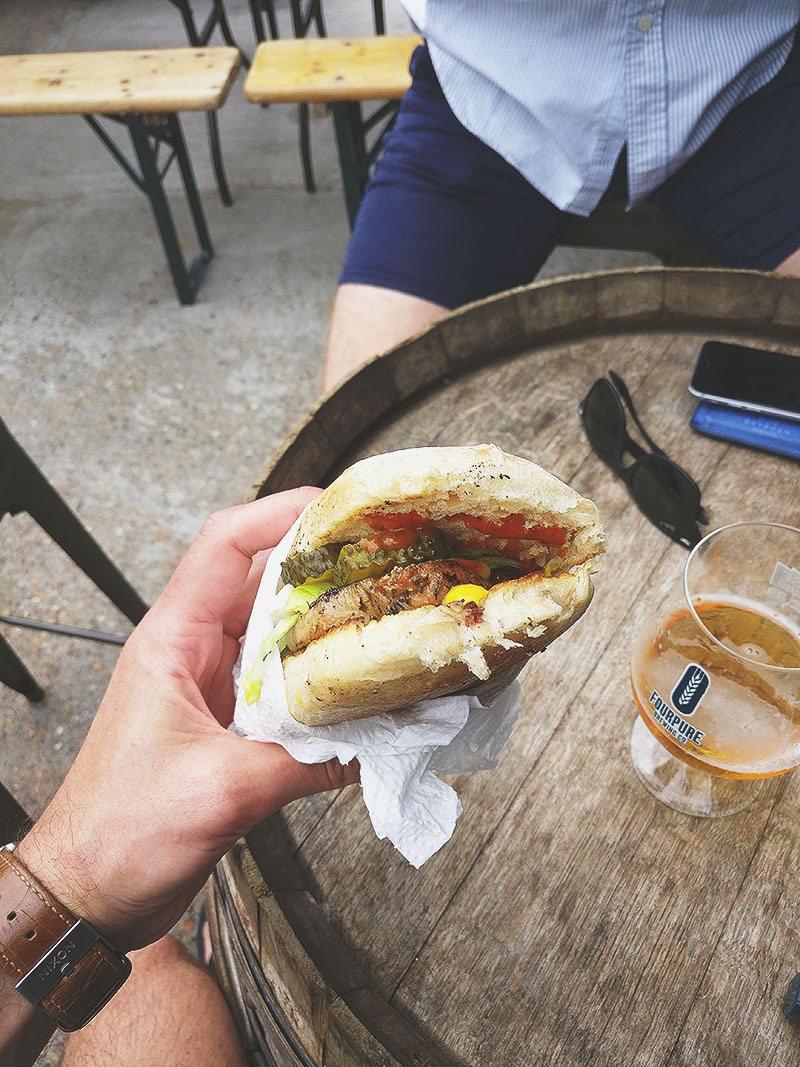 I could have spent a lot longer at Fourpure, but unfortunately it was time to move on. Next on the list was Partizan Brewing. Having tasted a few of their beers before I had high hopes for Partizan. 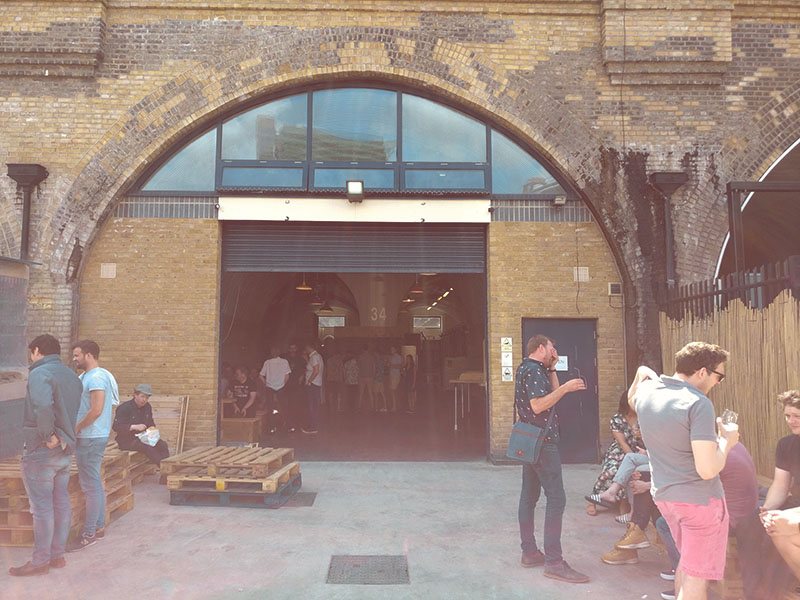 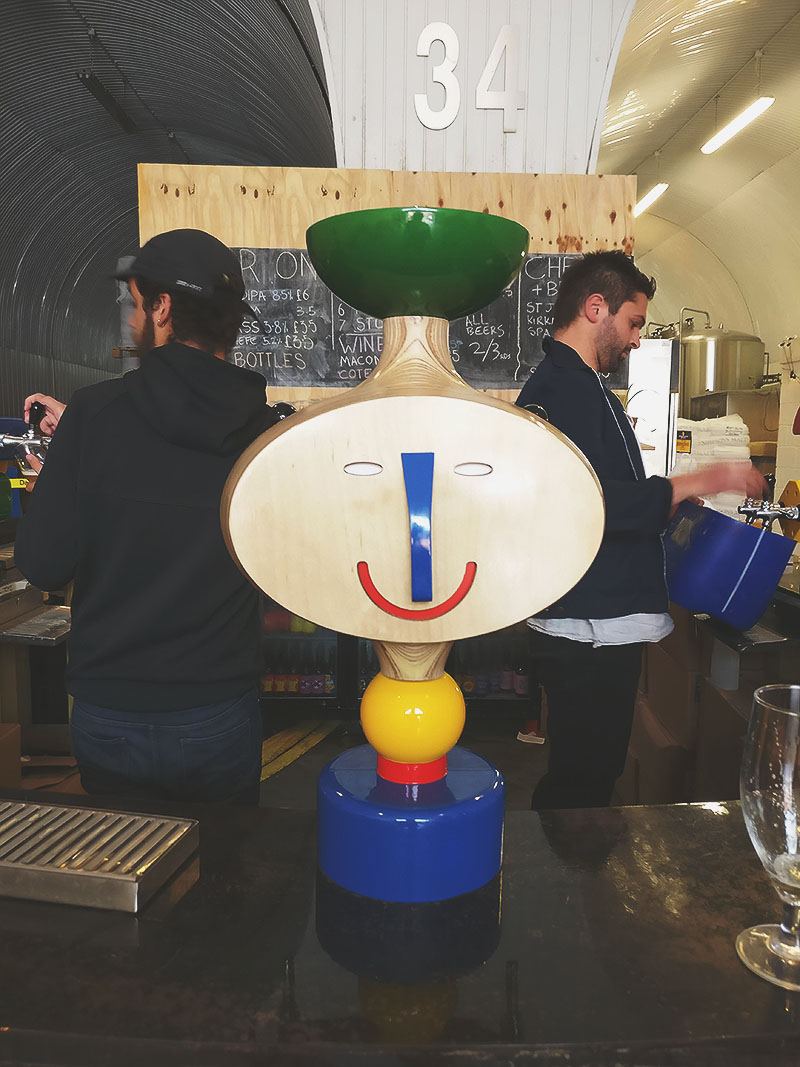 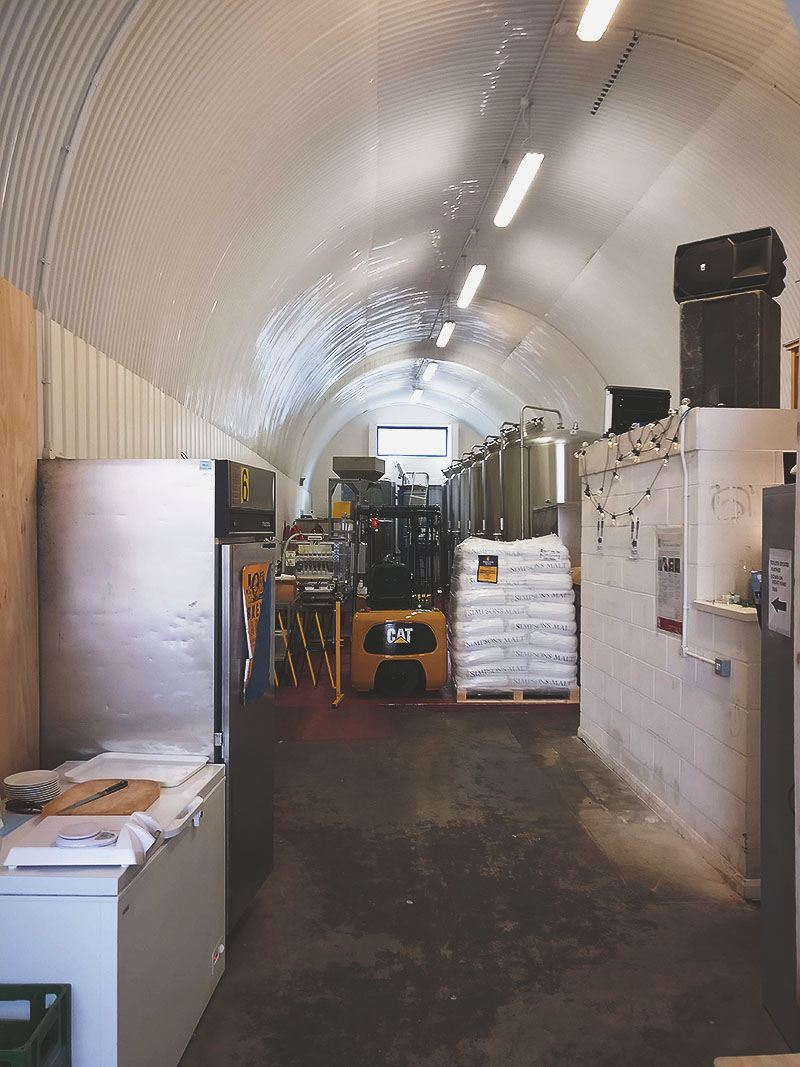 Being a hardcore brewery, it was less geared toward walk in customers. I have to say I was slightly underwhelmed by the beers on tap, but nonetheless, it is definitely worth a visit. I have also recently learnt that they are moving to a new location, which might explain the setup.

After sinking a quick half pint, it was on to the next spot. This time however, instead of a brewery, we visited Eebria. It is not a brewery, but rather a taproom with a good selection of beers. From their website, it looks like they are also an online beer shop. In order to try a wide range of beers, we opted to go with a tasting flight which inlcuded beers from Gypsy Hill, One Mile End, and Ilkley brewery. 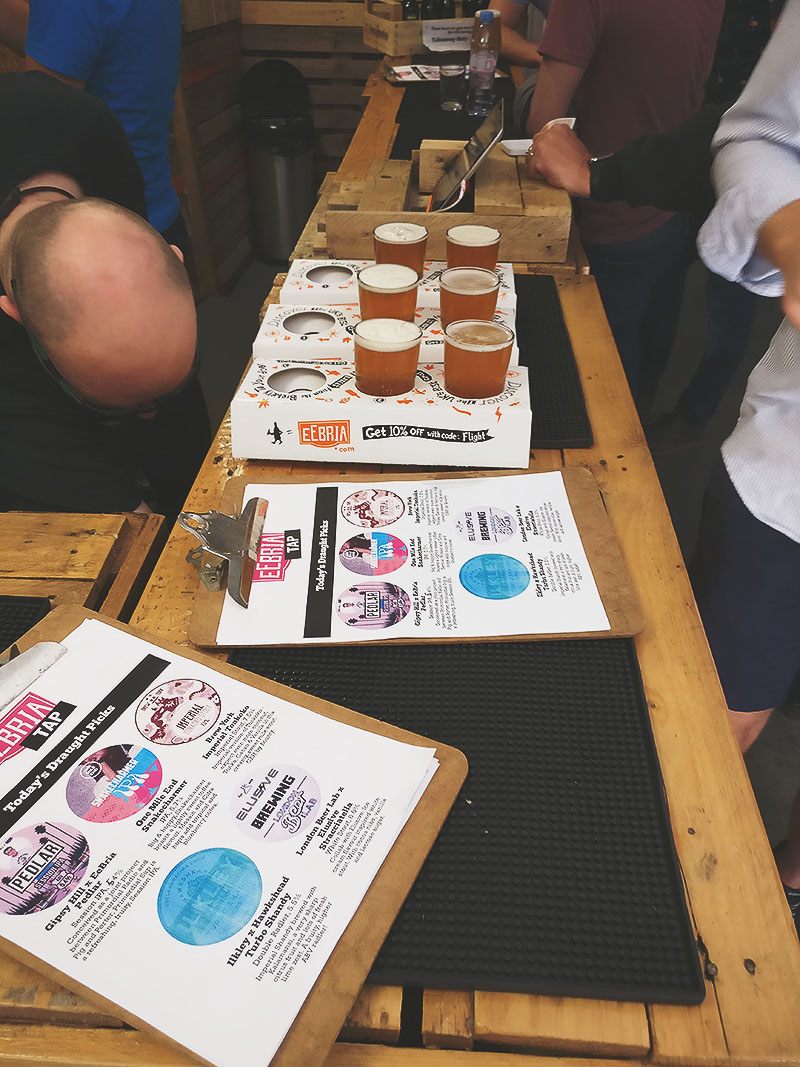 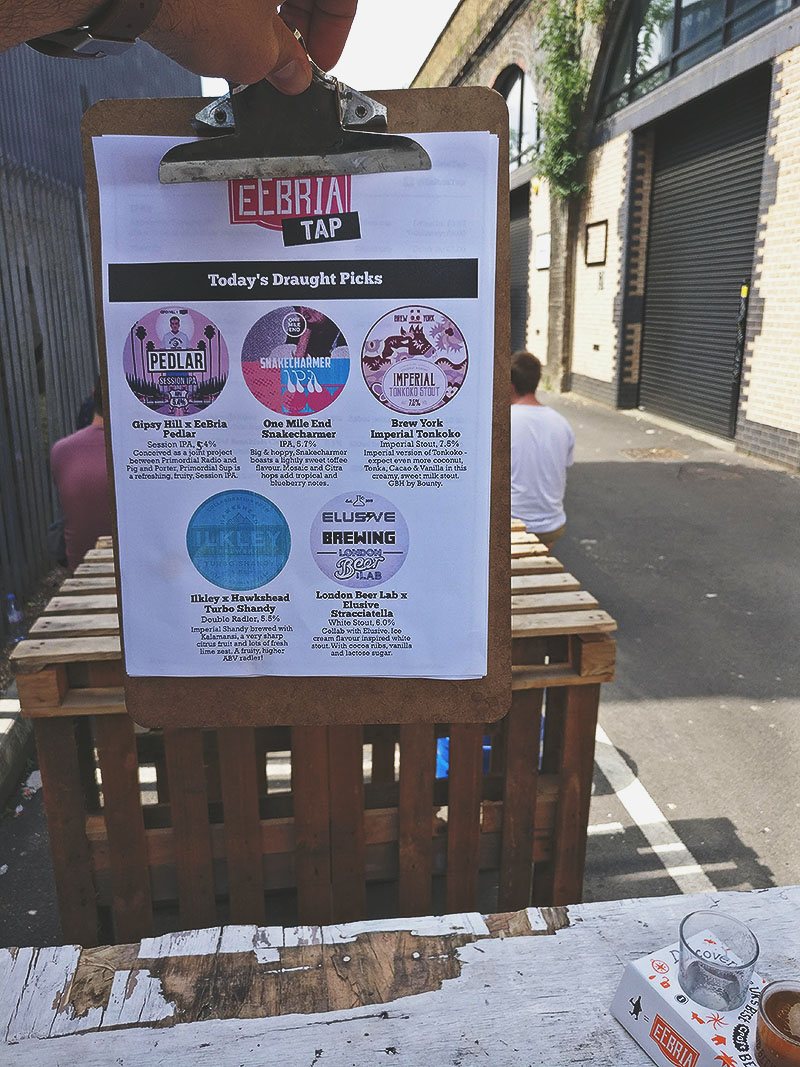 After walking just a few steps, we stumbled on a tiny brewery called Affinity Brewing Company. They didn’t have a taproom as such, but they did have beers that you could buy in cans. The walk from Affinity Brewing Co to the next brewery was a bit of a long one and we needed to ensure that we were adequately refreshed! Their Social Seduction IPA was a complete surprise - hopped with Jester, Mosaic and Simcoe hops, it was fruity and utterly crushable - I highly recommend it! 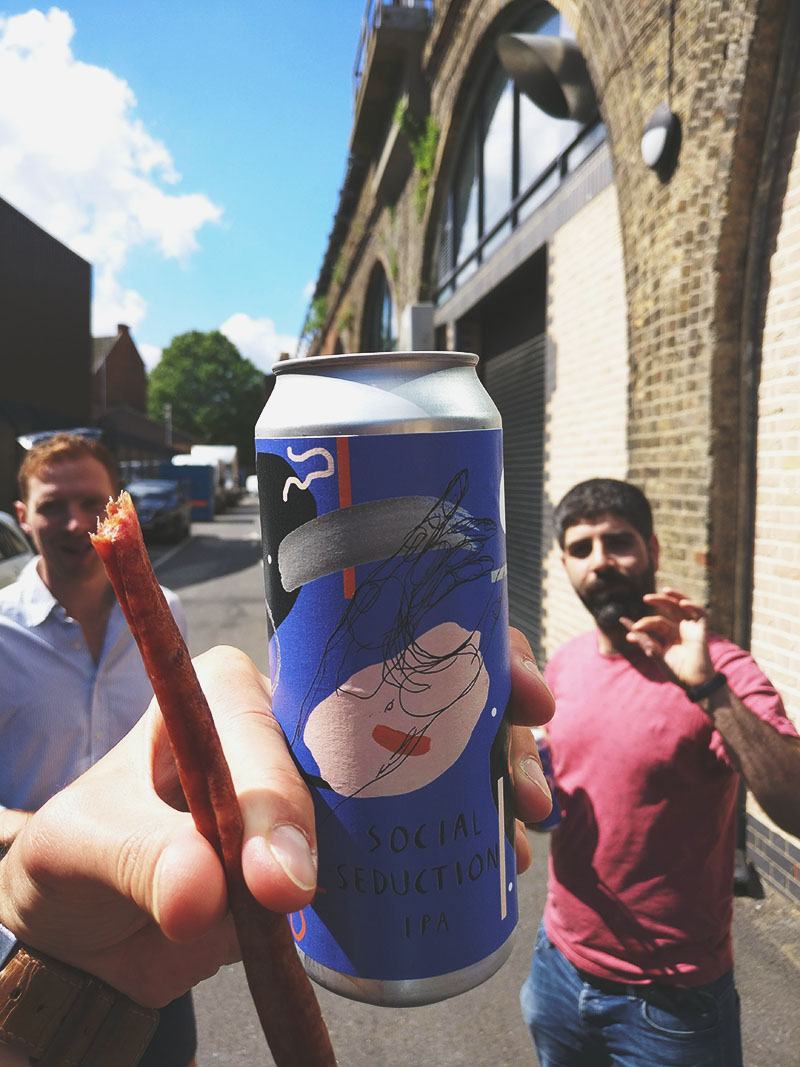 Our next stop on the journey was Brew by Numbers and was about a 15 minute walk from Affinity Brewing Co. The walk took us on some interested roads around Bermondsey. 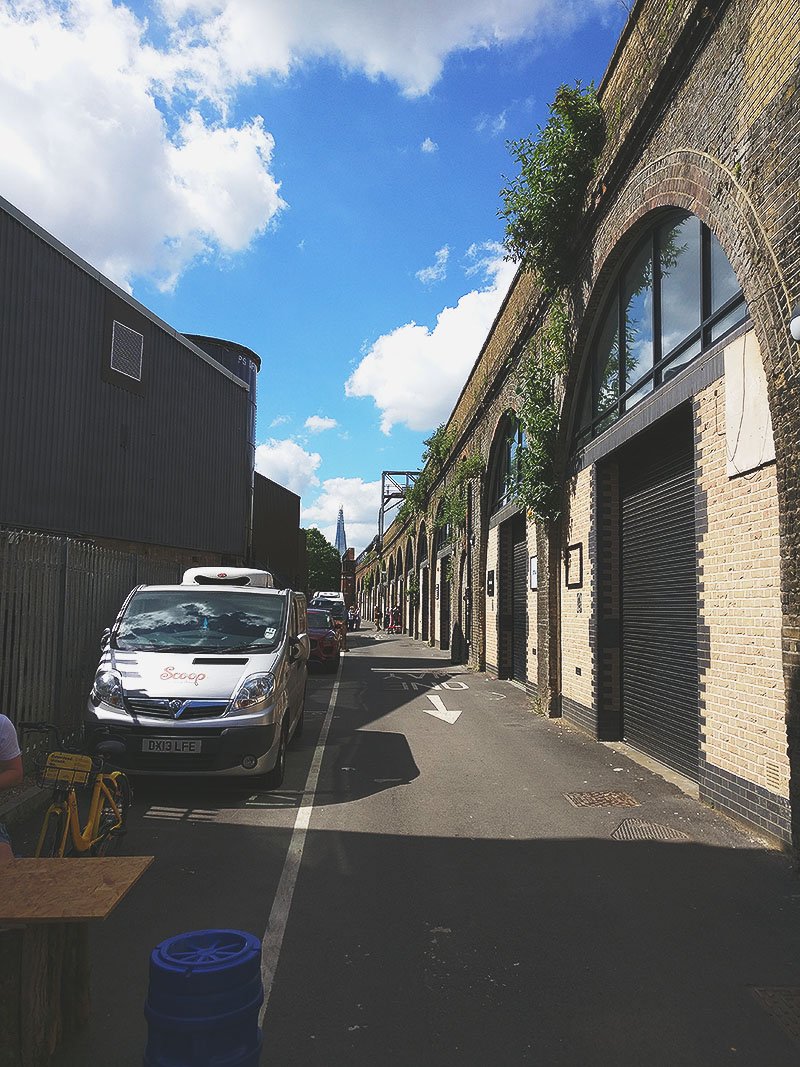 After a bit of a meander, we arrived at Brew by Numbers. It was a gloriously sunny day in London and naturally so, quite a few people had descended onto the Brew by Numbers taproom. There was a great vibe in their taproom and I was equally impressed by their selection of beers. 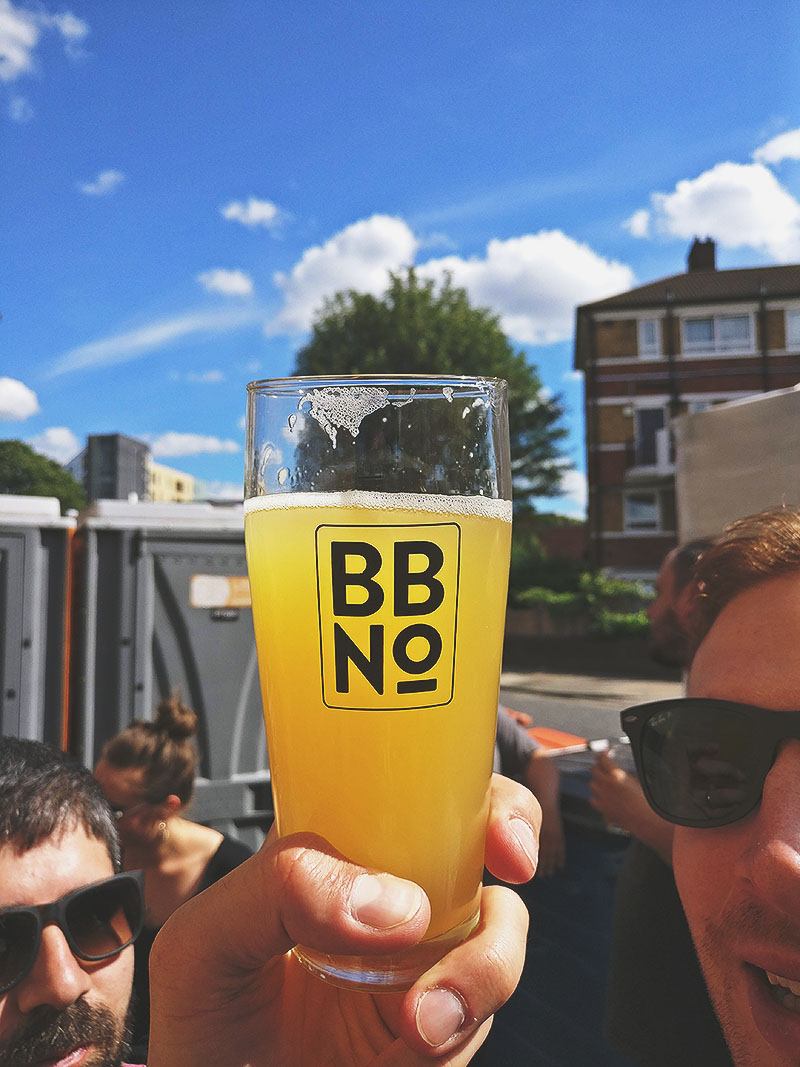 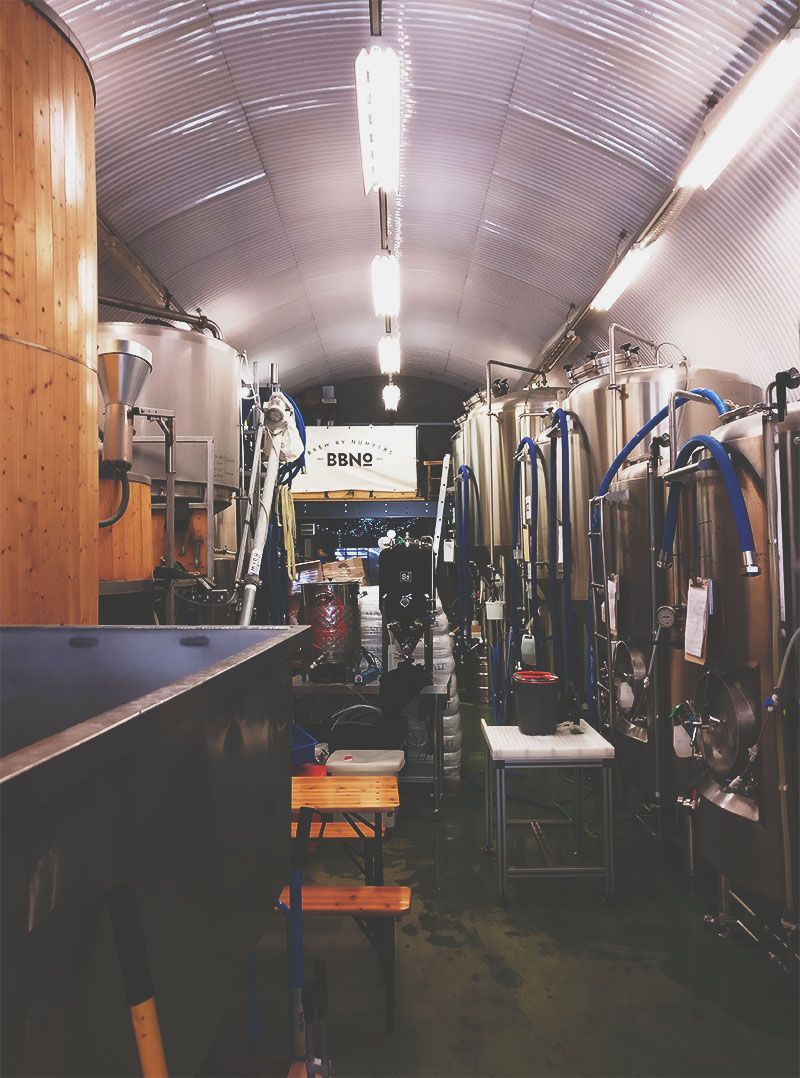 For the eagle eyed homebrewers reading this article, you might notice an SS Brewtech Conical Fermentor - I guess the brewery use this to test pilot small batches and experiment with upcoming ingredients - very cool to see!

Nestled amongst the estates of London, the Brew by Numbers taproom is well situated. If you’ve never been to London before and love good beer, then I highly recommend checking out this brewery. This is slightly off the beaten track and allows you to take in a lot of London that tourists don’t get to see!

The next stop along the route was the Bottle Shop. Much like Eebria, it isn’t a brewery, but instead a place to get a great selection of beer that you can drink on premise. If you are a beer lover, then this is the place for you - the selection is huge and there are beers available from all over the world. It was quite busy by the time we arrived.

This unfortunately had to be my final stop along the journey as time was running out. Overall, I had an absolute blast; how often do you get to try so many great beers from top breweries in walking distance from one another. I was hoping to get to the last brewery on the stop Anspach and Hobday, but I will have to save that for another time!

Addresses of the places we visited:

A Guide to Making Ginger Wine

I am a fan of lively American hops, so this seemed like a match made in heaven for my palate. This is definitely a beer I've been eager to brew! In this article, we look at the recipe for an American Wheat beer as well as the different steps I took along the way to create this great beer.…